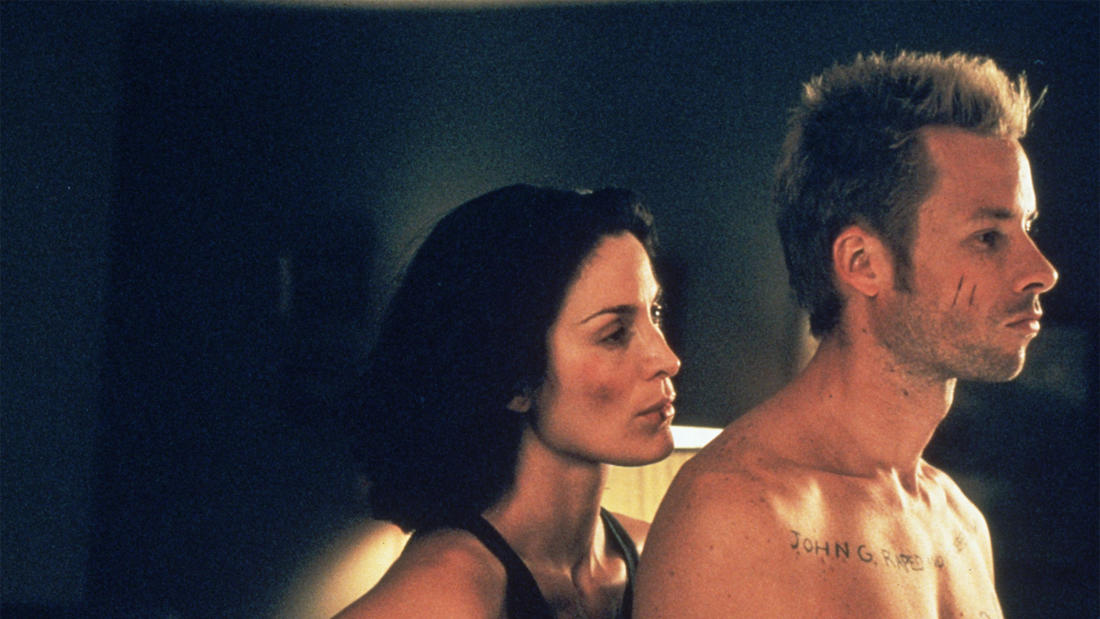 A discussion of how memory works, its depiction in the film, and a real-world case of anterograde amnesia.

A man creates a strange system to help him remember things, so he can hunt for the murderer of his wife without his short-term memory loss being an obstacle.

Told in two different sequences of scenes—a series in black and white that is shown chronologically, and a series of color sequences shown in reverse order—Memento follows former insurance investigator Leonard Shelby (Guy Pearce) as he doggedly searches for his wife's murderer despite his own severe memory loss. Leonard suffers from anterograde amnesia, a condition that makes it impossible for him to form new memories. Incapable of remembering anything for more than a few minutes, he relies on an elaborate system of notes, Polaroid snapshots, and crucial facts tattooed on his body to remind himself where he is, what he's found out, and what he should do next. Aiding him in his search for his wife's killer—or perhaps using his unreliable memory for their own ends—are a cheerful fellow named Teddy (Joe Pantoliano) and Natalie (Carrie-Anne Moss), a beautiful bartender. As the story of Leonard's investigation unfolds backwards, each scene revealing new bits of information, an alternating narrative, involving an insurance claimant (Stephen Tobolowsky) from Leonard's past, moves forward, adding new layers of complexity and intrigue to one of the great mindbenders in cinema.

Dr. John Gabrieli is the director of the Athinoula A. Martinos Imaging Center at the McGovern Institute for Brain Research at MIT; he also has faculty appointments in the Department of Brain and Cognitive Sciences and the Harvard-MIT Division of Health Sciences and Technology, where he holds the Grover Hermann Professorship. He also co-directs the MIT Clinical Research Center and is associate director of the Athinoula A. Martinos Center for Biomedical Imaging, MGH/MIT, located at Massachusetts General Hospital.

His goal is to understand the organization of memory, thought, and emotion in the human brain. By combining brain imaging with behavioral tests, he studies the neural basis of these abilities in human subjects. In collaboration with clinical colleagues, Dr. Gabrieli also seeks to understand the brain abnormalities that underlie neurological and psychiatric disease.