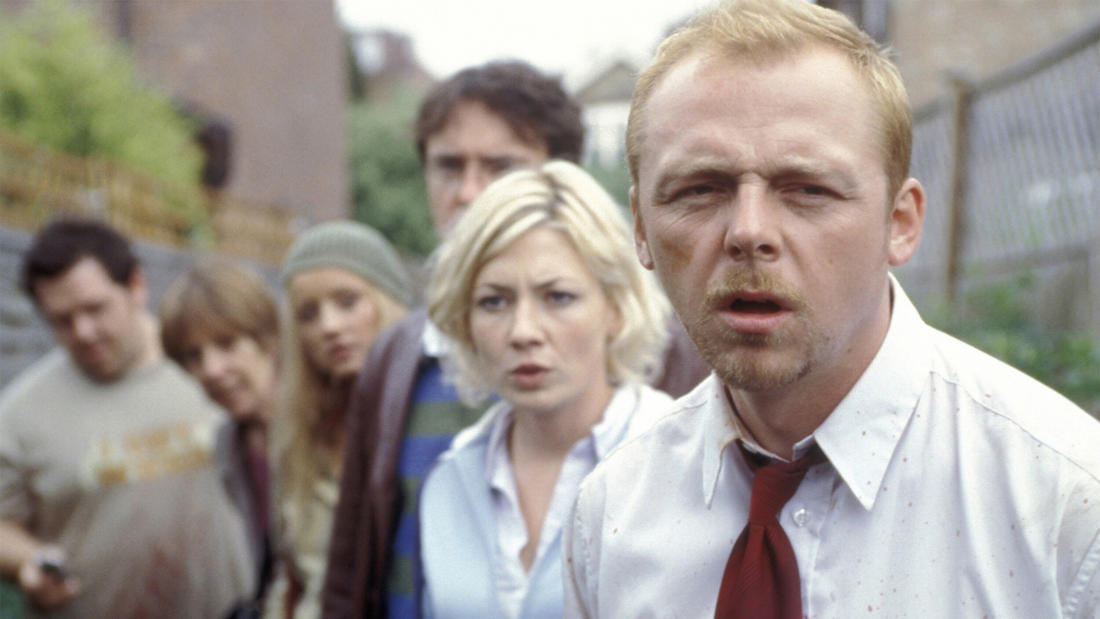 There comes a day in every man’s life when he has to get off the couch and kill some zombies. Williams College professor Colin Adams talks about how calculus could help you survive the zombie apocalypse.

A man decides to turn his moribund life around by winning back his ex-girlfriend, reconciling his relationship with his mother, and dealing with an entire community that has returned from the dead to eat the living.

Shaun (Simon Pegg) is a 30-something loser who splits his time between a dead-end job at an electronics store and the apartment he shares with his grubby best friend, Ed (Nick Frost). Shaun’s life takes a nosedive when his girlfriend, Liz (Kate Ashfield), dumps him, and his contemptible stepfather, Philip (Bill Nighy), shows up to scold him for not taking better care of his mother, Barbara (Penelope Wilton). But just when it seems things can’t get worse, the dead rise up to lay waste to the earth and all hell breaks loose. Shaun must summon his courage and prove himself once and for all by rescuing Liz and his mother. With his faithful roommate by his side, nothing—not even the flesh-hungry hoard outside his door—can stand between him and the two most important women in his life.

Colin Adams is the Thomas T. Read Professor of Mathematics at Williams College. He received his Ph.D. from the University of Wisconsin-Madison in 1983. He is particularly interested in the mathematical theory of knots, their applications and their connections with hyperbolic geometry. He is the author of nine books, including "The Knot Book", an elementary introduction to the mathematical theory of knots, co-author of the humorous supplements "How to Ace Calculus: The Streetwise Guide", and "How to Ace the Rest of Calculus: the Streetwise Guide”, author of "Why Knot?", a mathematical comic book with attached toy and of “Zombies & Calculus”, a math novel. He is a recipient of the National Distinguished Teaching Award from the Mathematical Association of America (MAA), an MAA Polya Lecturer, a Sigma Xi Distinguished Lecturer, and the recipient of the Robert Foster Cherry Teaching Award. He is also the mathematical humor columnist for the Mathematical Intelligencer.