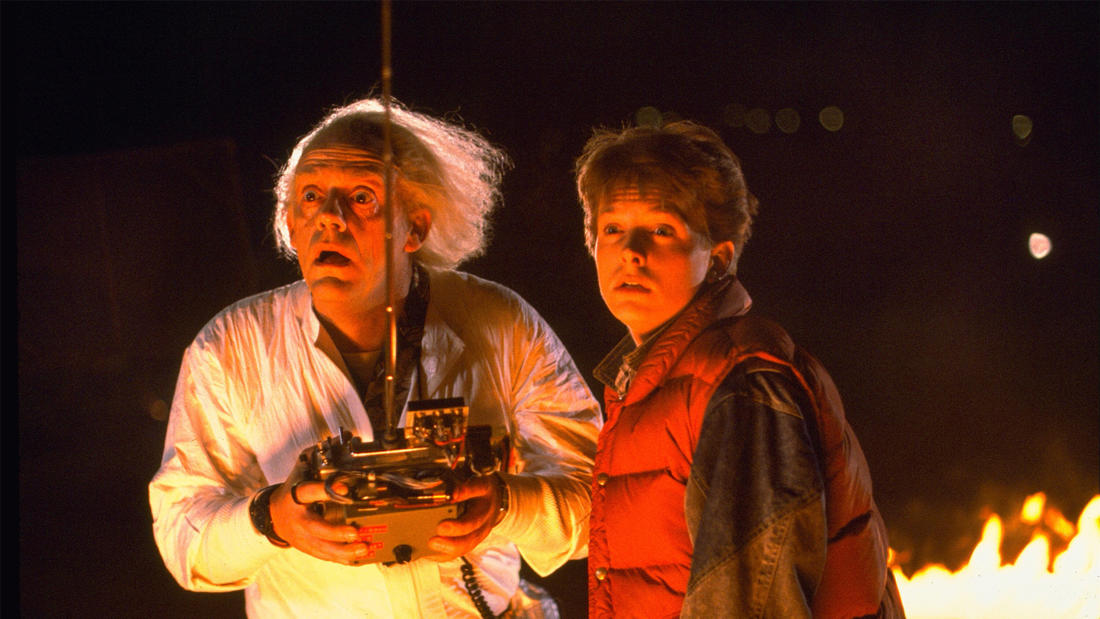 Back to the Future— The physics of time travel

A young man is accidentally sent 30 years into the past in a time-traveling DeLorean invented by his friend Dr. Emmett Brown, and must make sure his high-school-age parents unite in order to save his own existence.

Typical high schooler Marty McFly (Michael J. Fox) is accidentally sent 30 years into the past in a time-traveling DeLorean, invented by his mad-scientist friend Dr. Emmett “Doc” Brown (Christopher Lloyd). Finding himself trapped in the 1950s, Marty searches for Doc to help send him back to his own time. But things get even more complicated when he inadvertently interferes with the budding romance of his teenaged parents (Crispin Glover, Lea Thompson). Our hero must now reunite his parents-to-be, lest he cease to exist in the 1980s. Robert Zemeckis’s classic sci-fi adventure comedy was the highest grossing film of 1985, and won a slew of awards, including an Oscar for Best Sound Effects Editing.