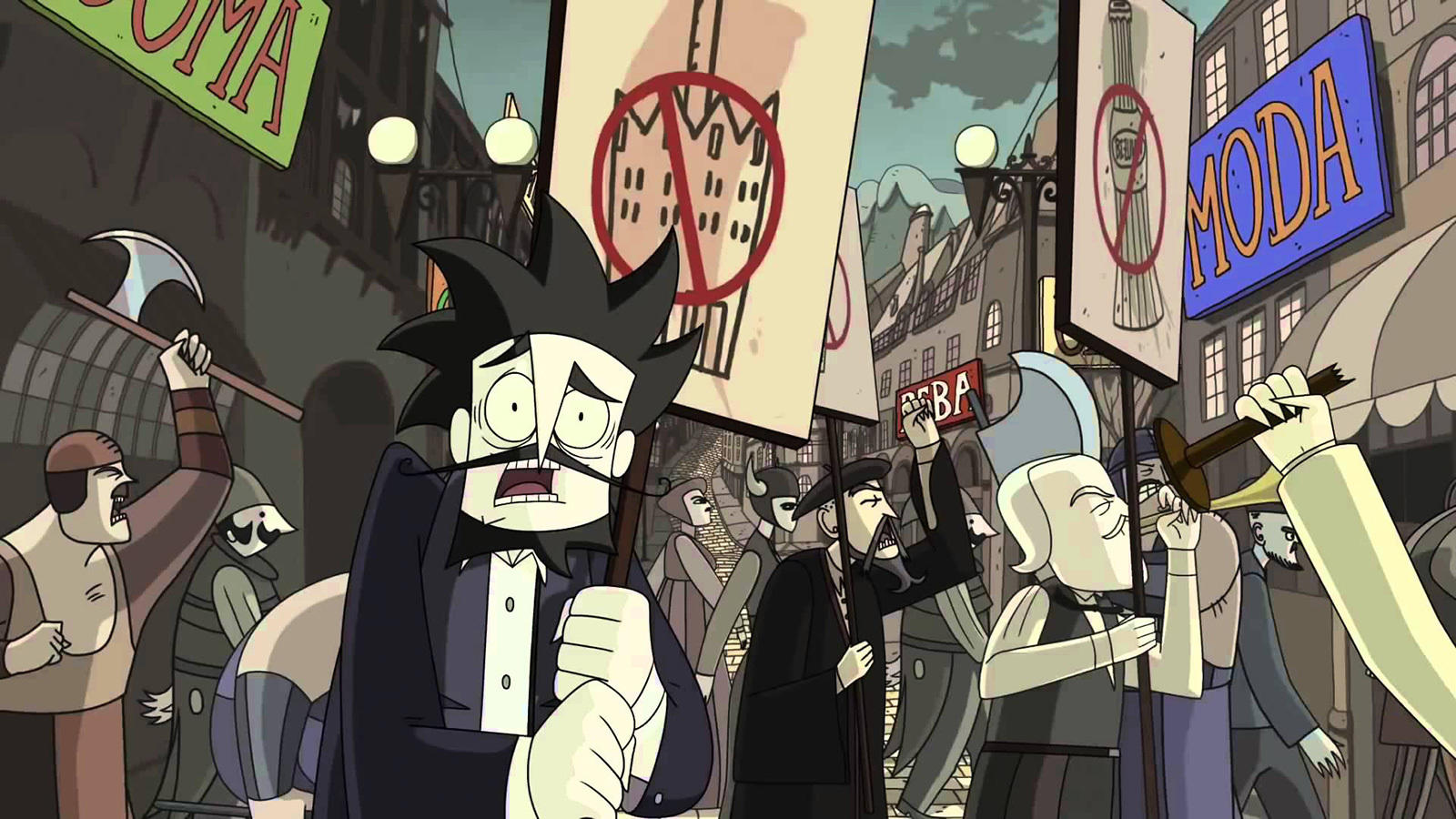 Til Sbórnia do us Part

Sbórnia is an isolated, independent, and anarchist state. When the giant wall that separates Sbórnia from the rest of the world collapses, the Sbórnians suffer a towering cultural shock.

Sbórnia is an island with a rich but eccentric culture, separated from the rest of the world by a high wall. When the wall comes down, cultural change wreaks hilarious havoc on the lives of two traditional Sbórnian musicians (voiced by Hique Gomez and Nico Nicolaiewsky). This animated feature film is based on the musical play Tango & Tragedy.

The World of Volcanoes