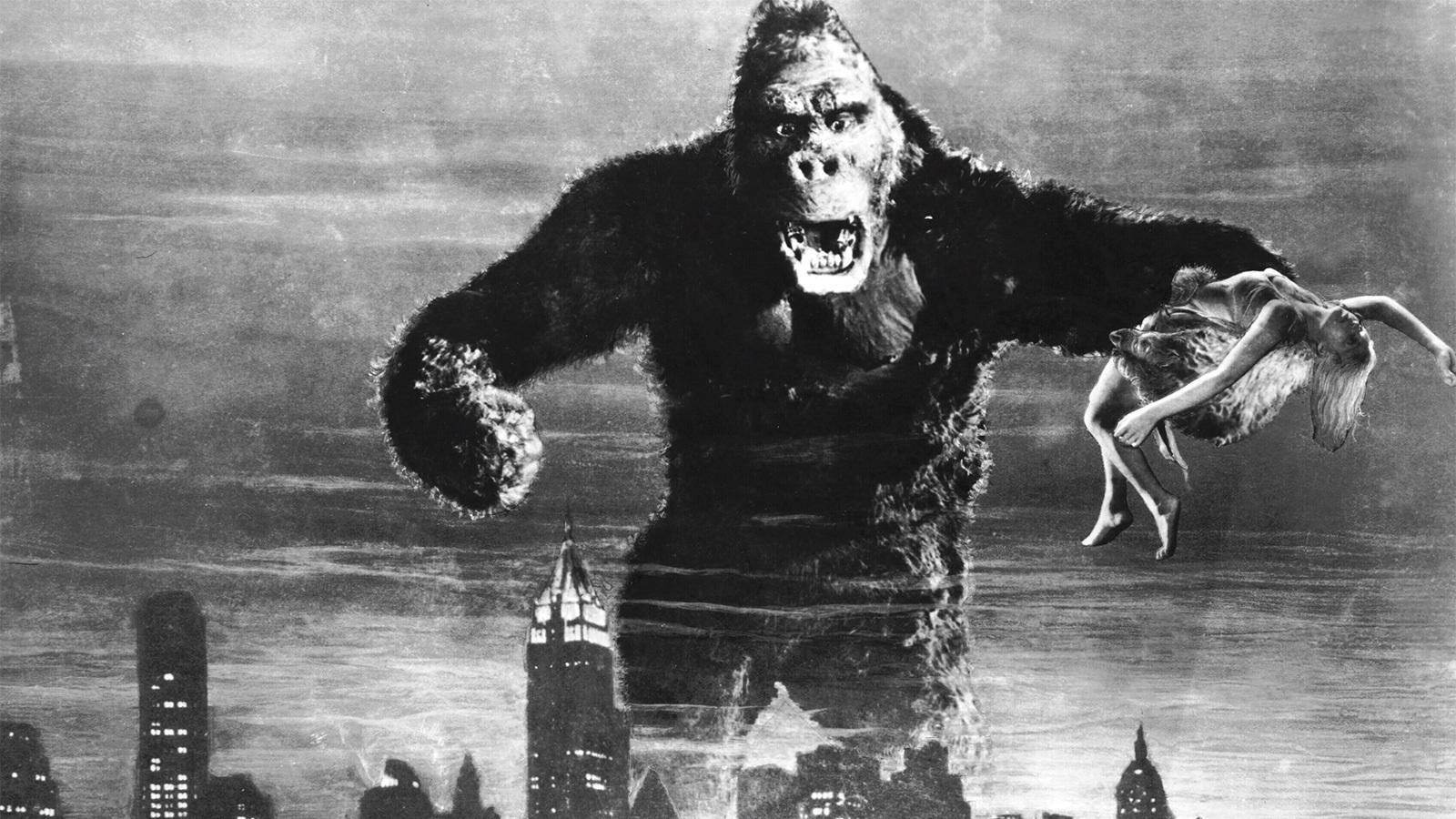 A film crew goes to a tropical island for an exotic location shoot and discovers a colossal gorilla who takes a shine to their blonde female star.

Carl Denham (Robert Armstrong), a renowned adventure filmmaker, searches the streets of New York to find a lead actress for a new film he intends to make on a mysterious and uncharted island. He stumbles upon the beautiful but broke Ann Darrow (Fay Wray). Anxious for work, Ann eagerly accepts Denham's part and agrees to make the long sea voyage the next morning. Nothing could prepare them for Kong, the colossal gorilla that rules over the island, and the giant prehistoric creatures that inhabit it. Though savage, Kong is capable of true tenderness when he falls in love with Ann, leading to tragic consequences. Featuring groundbreaking stop-motion animation by special effects wizard Willis O'Brien and a historic score by composer Max Weiner, King Kong stands as one of the greatest adventure films of all time.

The Fascination with Gorillas