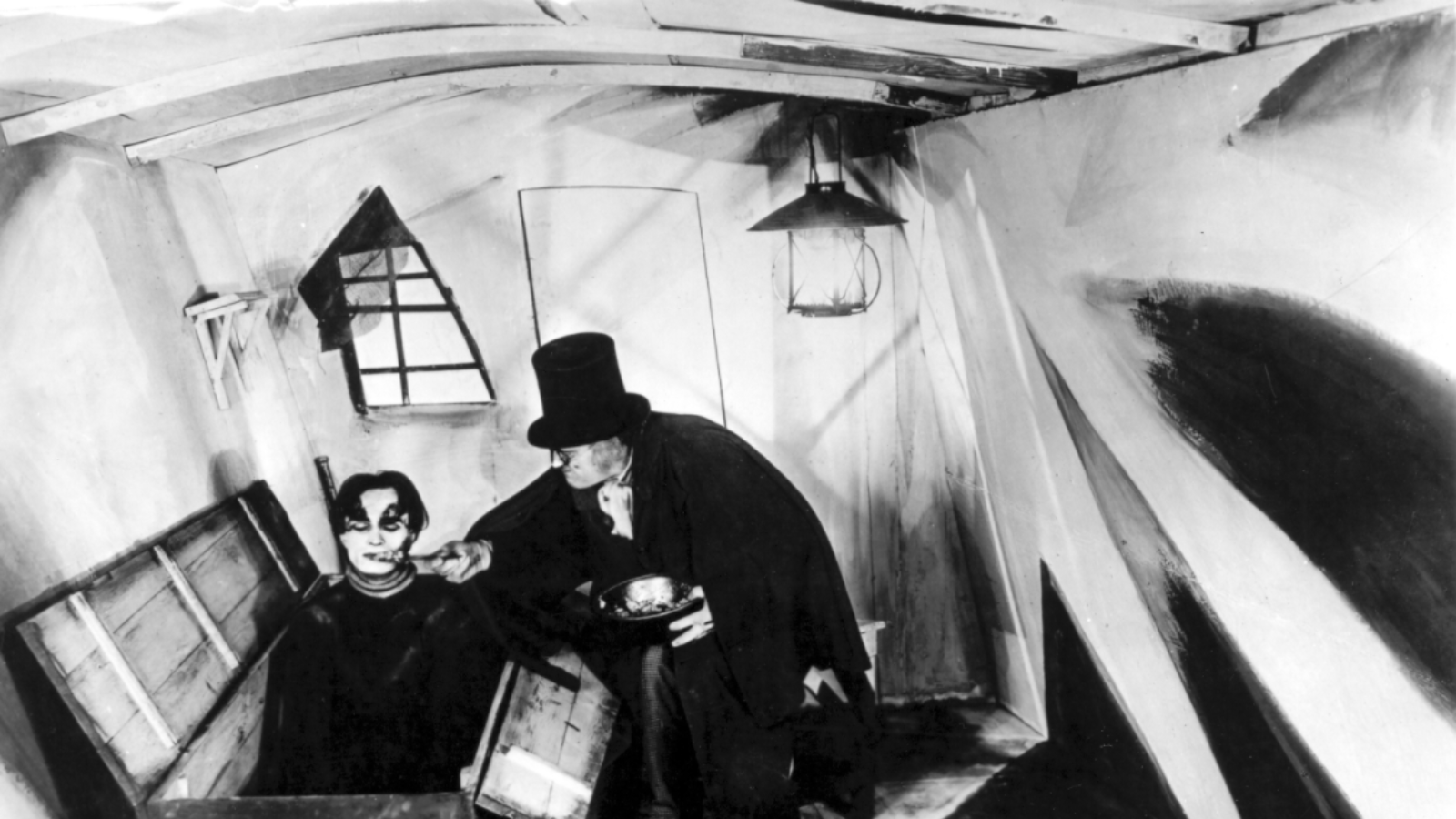 The Cabinet of Dr. Caligari

In this seminal masterpiece of German Expressionist cinema, a hypnotist brings a man under his control and turns him into a somnambulist, or sleepwalker, who commits murders.

At a carnival in Germany, Francis (Friedrich Feher) and his friend Alan (Rudolf Lettinger) encounter the crazed Dr. Caligari (Werner Krauss). The men see Caligari showing off his somnambulist, Cesare (Conrad Veidt), a hypnotized man who the doctor claims can see into the future. Shockingly, Cesare then predicts Alan's death, and by morning his chilling prophecy has come true — making Cesare the prime suspect. However, is Cesare guilty, or is the doctor controlling him?