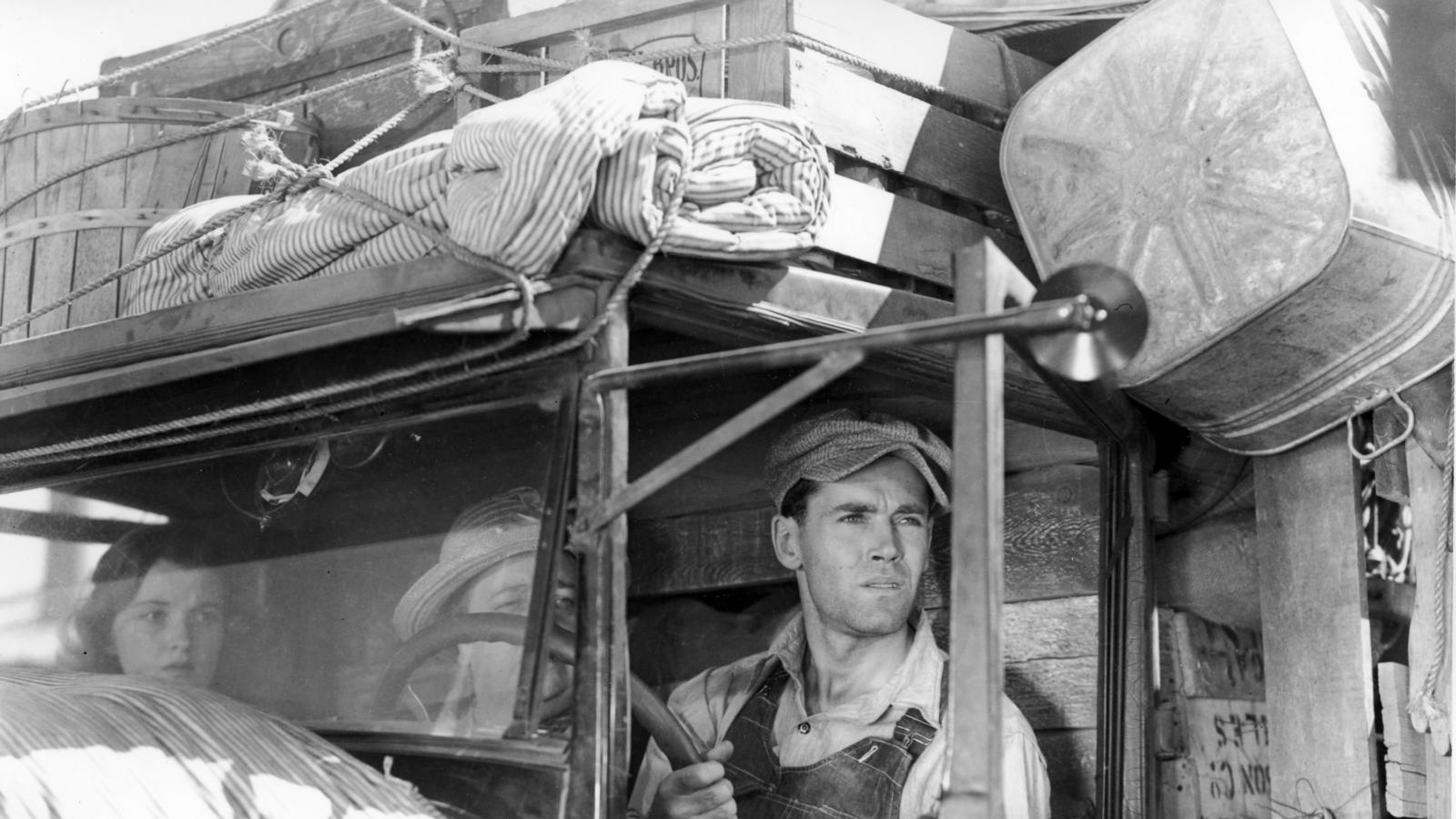 The Grapes of Wrath

A poor Midwest family, forced off of their land, travels to California, suffering the misfortunes of the homeless in the Great Depression.

Tom Joad (Henry Fonda) returns to home after serving time in jail for manslaughter. En route, he meets family friend Casey (John Carradine), a former preacher who warns Tom that dust storms, crop failures, and new agricultural methods have financially decimated the once prosperous Oklahoma farmland. Upon arriving at his family farm, Tom's mother (Jane Darwell) tells him that the family is packing up for the promised land of California. But their journey proves far more difficult than anyone could have imagined. Based on John Steinbeck's 1939 Pulitzer Prize-winning novel of the same name, The Grapes of Wrath was nominated for seven Academy Awards, winning for Best Director and Best Supporting Actress.

Droughts and Dust Bowls: The Relevance of Steinbeck in the Discussion of Climate Change