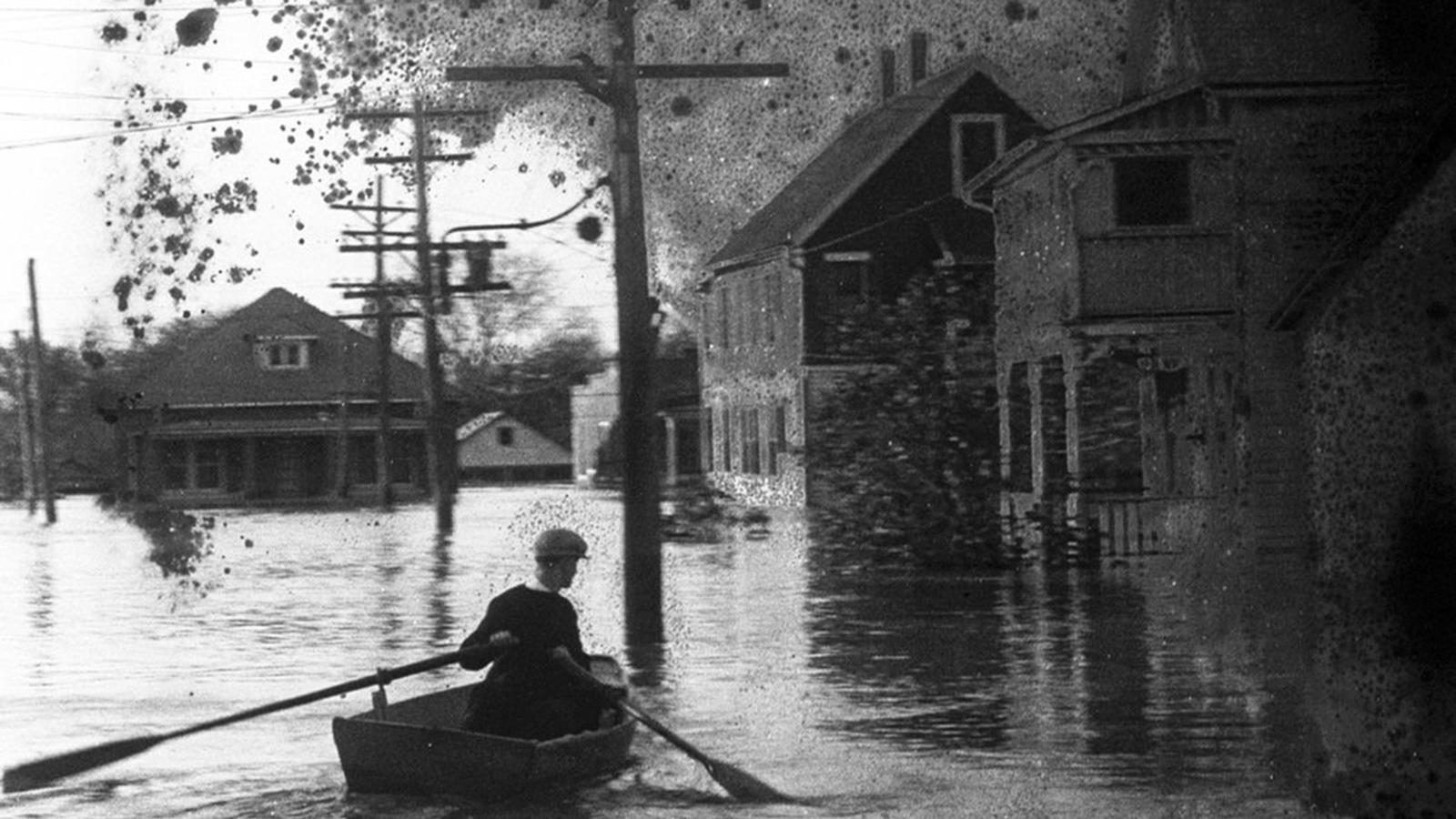 The Mississippi River Flood of 1927 was the most destructive river flood in American history. Part of its legacy was the forced exodus of displaced sharecroppers, who left plantation life and migrated to Northern cities, adapting to an industrial society with its own set of challenges. Musically, the Great Migration fueled the evolution of acoustic and electric blues bands that thrived in cities like Memphis, Detroit, and Chicago, becoming the wellspring for R&B and rock, as well as developing jazz styles. The Great Flood is a collaboration between filmmaker and multimedia artist Bill Morrison and guitarist and composer Bill Frisell, inspired by the 1927 catastrophe and the ensuing transformation of American society and music.