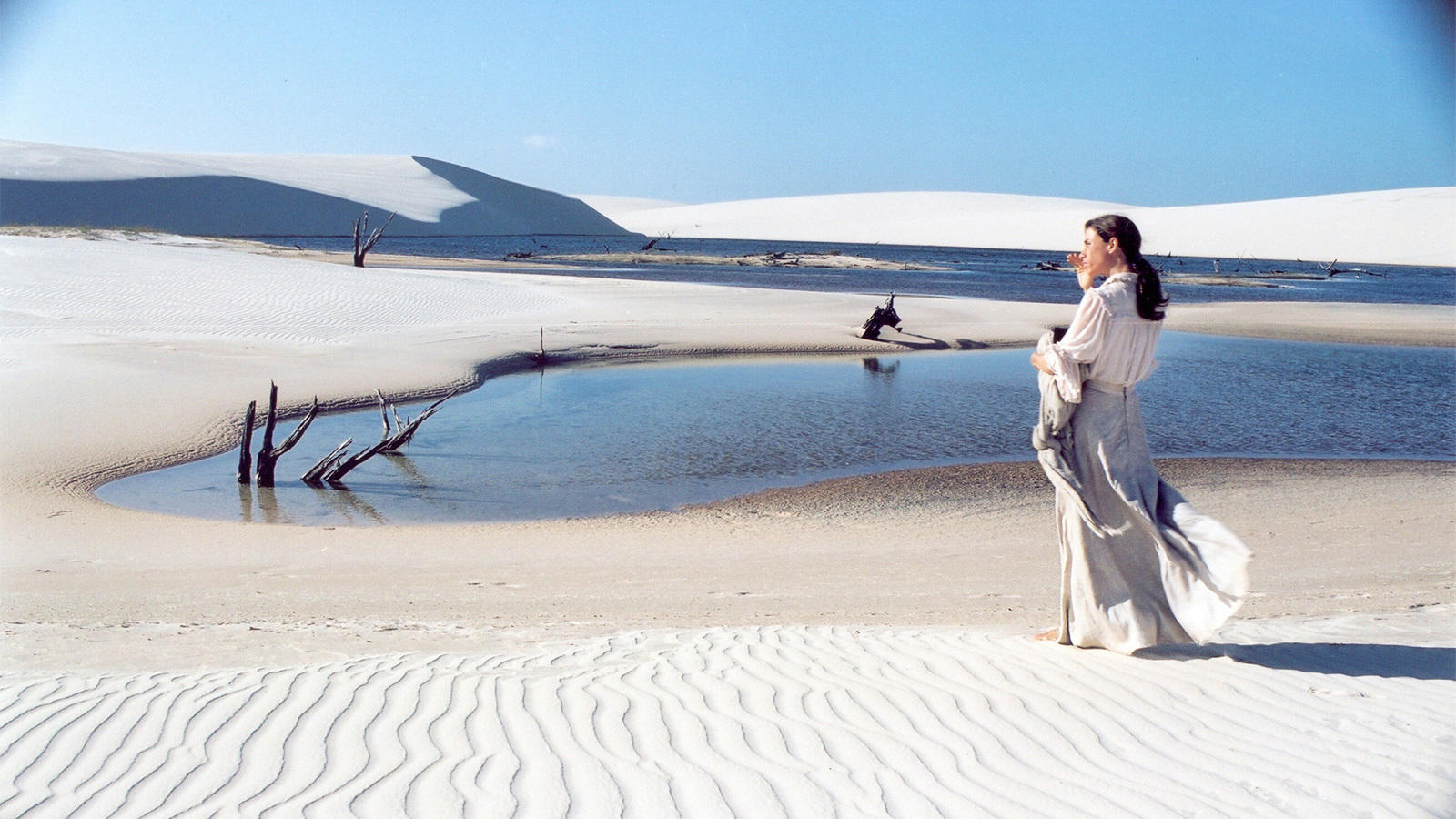 In 1910, a woman is taken along with her mother to a far-away desert by her husband, and after his passing, is forced to spend the next 59 years of her life hopelessly trying to escape it.

Filmed entirely on the magnificent, sandy coast of northern Brazil, The House of Sand is the story of a woman across three generations. Áurea's saga begins in 1910, in Maranhão, where her fanatical husband has relocated his family to start a farm. Desperate and pregnant, Áurea longs to return to the city, but cannot traverse the dunes with her aging mother, Maria, in tow. Eventually, they settle among the shifting sands and Áurea finds peace. But her passionate daughter, Maria, longs to explore the world beyond the dunes. Set against the backdrop of a half-century's scientific and technological evolution, The House of Sand is a poetic meditation on the physics of time and the biology of human variation.