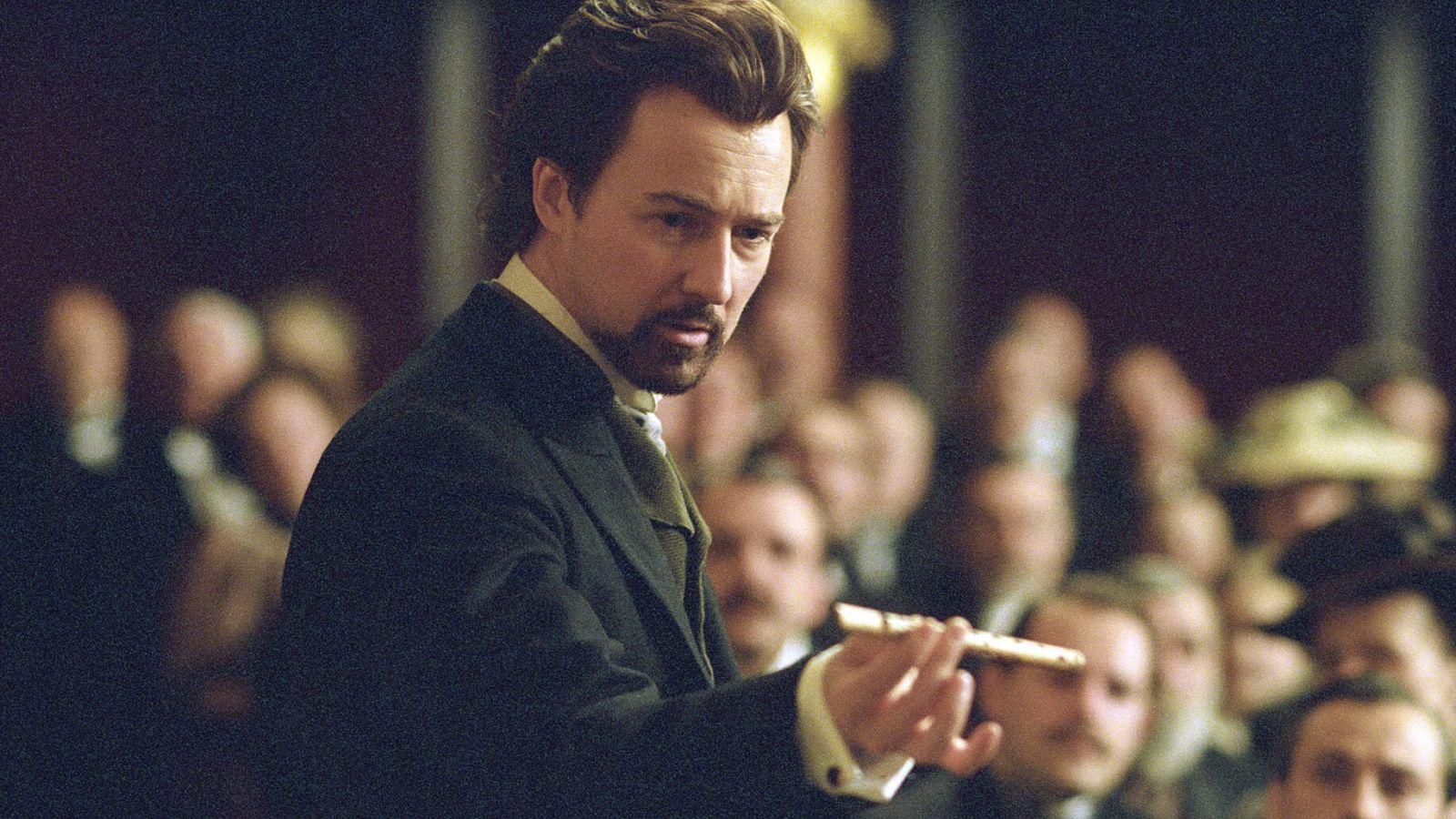 A stage magician uses his magic to win back the great love of his life from a brutal enemy, her fiancé, who is also the powerful crown prince of Austria.

A master magician named Eisenheim (Edward Norton) vies with Crown Prince Leopold (Rufus Sewell) of Vienna for the hand of noblewoman Sophie (Jessica Biel), the girl he once loved. He brings his considerable powers to bear on the prince, as she is about to be named royal fiancee. However, a police inspector named Uhl (Paul Giamatti) tries to warn Eisenheim that he is playing a very dangerous game.

The science of deception