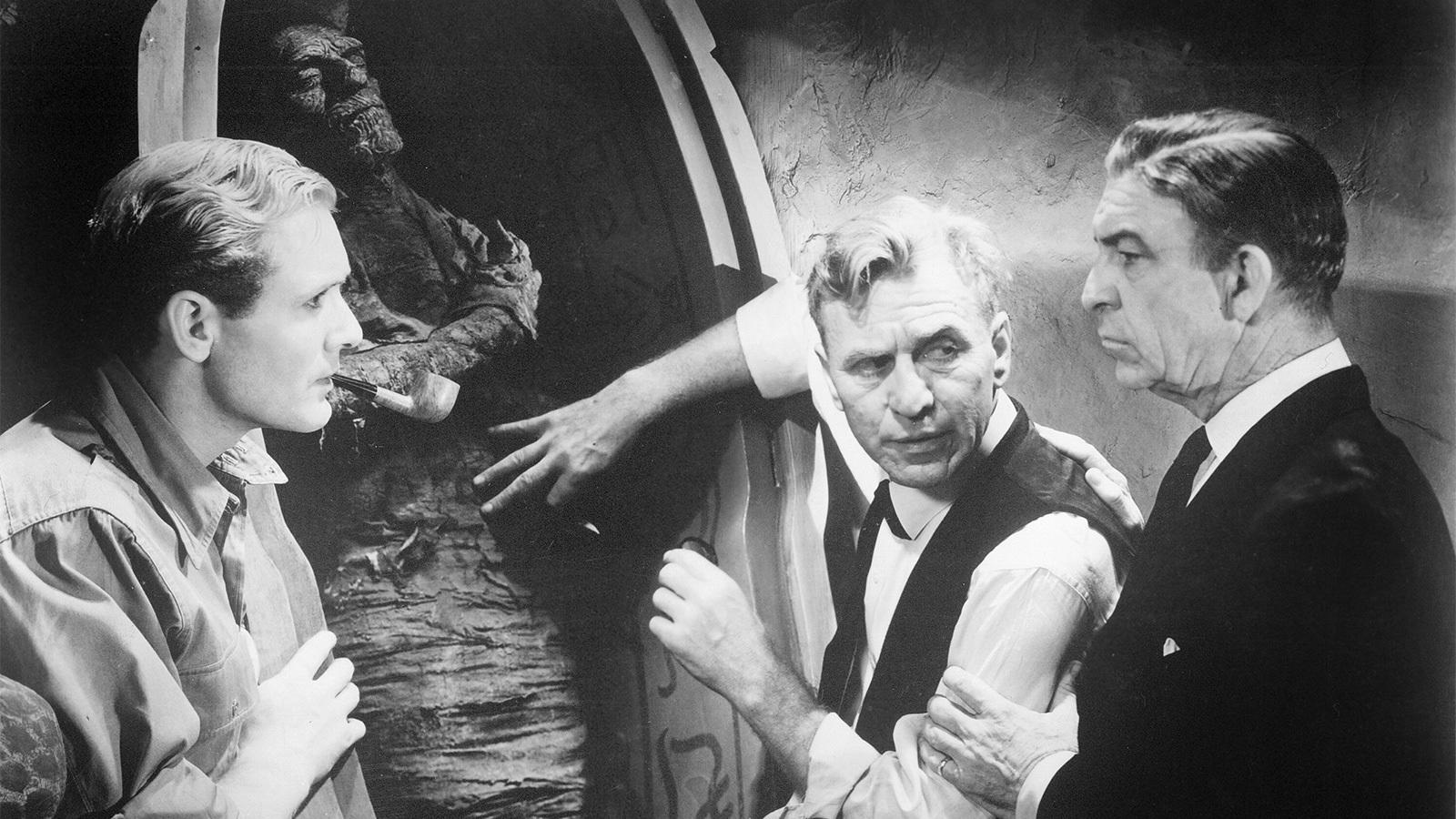 A living mummy stalks the beautiful woman he believes is the reincarnation of his lover.

A team of British archaeologists, led by Sir Joseph Whemple (Arthur Byron), discovers the mummified remains of the ancient Egyptian prince Imhotep (Boris Karloff), along with the legendary scroll of Thoth. When one of the archaeologists recites the scroll aloud, Imhotep returns to life and escapes. Several years later, Imhotep has taken on the guise of a wealthy man, as he searches Egypt for his lost love, whom he believes has been reincarnated as the beautiful Helen Grosvenor (Zita Johann). This classic early sound horror-romance inspired a wave of mummy films in the 1940s, as well as a contemporary adaptation.

The Mummies of Ancient Nubia