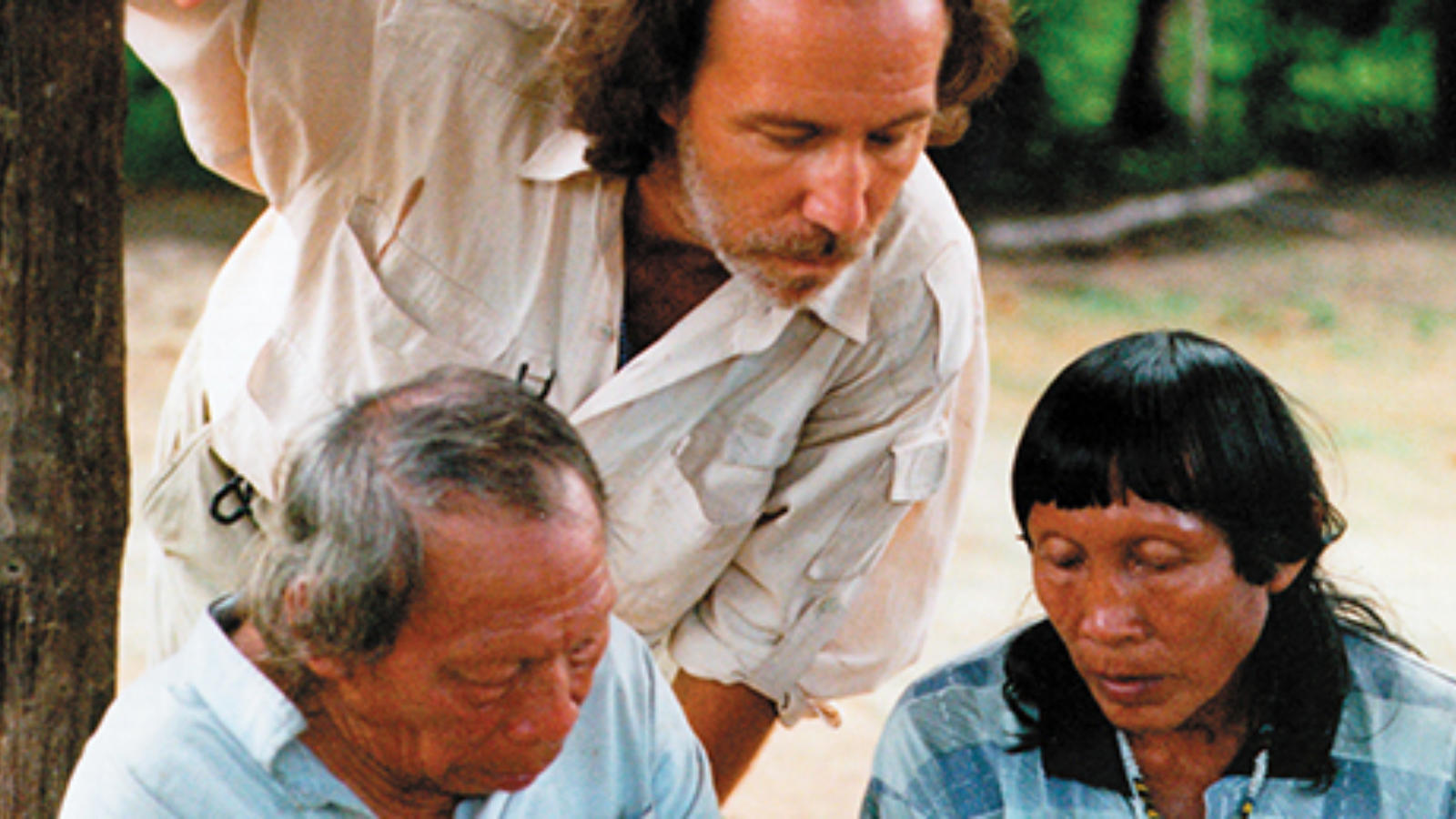 Ethnobotanist Mark Plotkin races to save the rich medicinal lore that is the inheritance of the shamans of the tribes of the Northeast Amazon. The future of such knowledge is uncertain, as these cultures find themselves as endangered as the forest around them.

For more than twenty years Mark Plotkin has searched the Amazon for plants that heal. He is an ethnobotanist, a scientist who studies the relationship between indigenous people and plants. Inspired by the great explorer Richard Evans Schultes, Mark set out from Harvard on a mission to find a new treatment for diabetes, the disease that killed his two grandmothers. What Mark has found in those green and tangled forests has been more complex, more interesting than mere medicine. The Shaman’s Apprentice charts the story of Mark’s discoveries in his own words, and looks with fresh eyes at the astonishing ability of native people to manage their environment.

People of the forests have become sophisticated chemists by necessity, utilizing plants for every aspect of their lives. Often, the entire knowledge of a tribe resides in the mind of the shaman—the tribe’s doctor and spiritual leader—the man or woman who is this generation's link in a long cultural chain that stretches back into pre-history. They encode their wisdom in the language of myth and dreams, and live in a world where magic is as ordinary as daylight. These shamans are the Rosetta stones of the Amazon. Only through them is it possible to interpret the bewildering profusion of botanical information collected by their people.

But the shamans are also the most endangered species in all the Amazon. Marooned in time by the loss of traditional ways, many of the native healers have no apprentices. Most are old, and each shaman's death is a kind of extinction. It is these shamans that Mark seeks out, hoping to save their precious knowledge as one might save genetic material. We may desperately need this information in the future, to treat illnesses, to develop new foods, fiber, or industrial products, or to restore balance to our planet.

The Shaman's Apprentice is a story of survival against the odds. It interweaves the luminous rain forest world of phenomena and legends with western science and the grim realities of extinction. In the story of one man's quest to preserve the ancient wisdom of our species, we find the intelligence, cooperation and hope that could save one of the most glorious places on Earth.

Losing the languages of the forest