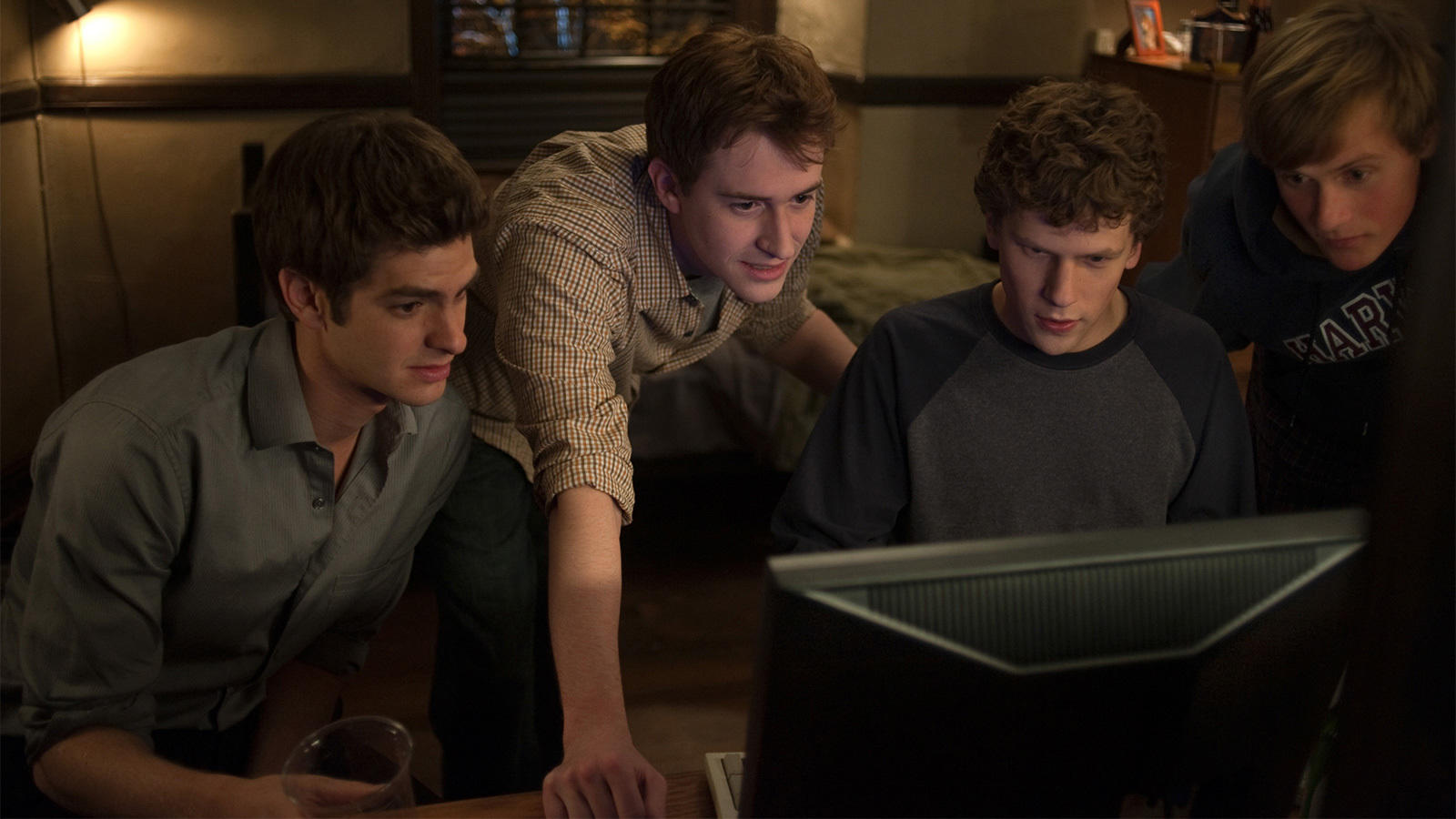 Harvard student Mark Zuckerberg creates the social networking site that would become known as Facebook, but is later sued by two brothers, who claim he stole their idea, and the co-founder who was squeezed out of the business.

In 2003, Harvard undergrad and computer genius Mark Zuckerberg (Jesse Eisenberg) begins work on a new concept that eventually turns into the global social network known as Facebook. Six years later, he is one of the youngest billionaires ever. But Zuckerberg finds that his unprecedented success leads to both personal and legal complications when he ends up on the receiving end of two lawsuits, one involving his former friend (Andrew Garfield). Directed by David Fincher and written by Aaron Sorkin, this film was adapted from Ben Mezrich's 2009 book The Accidental Billionaires, and won three Academy Awards.