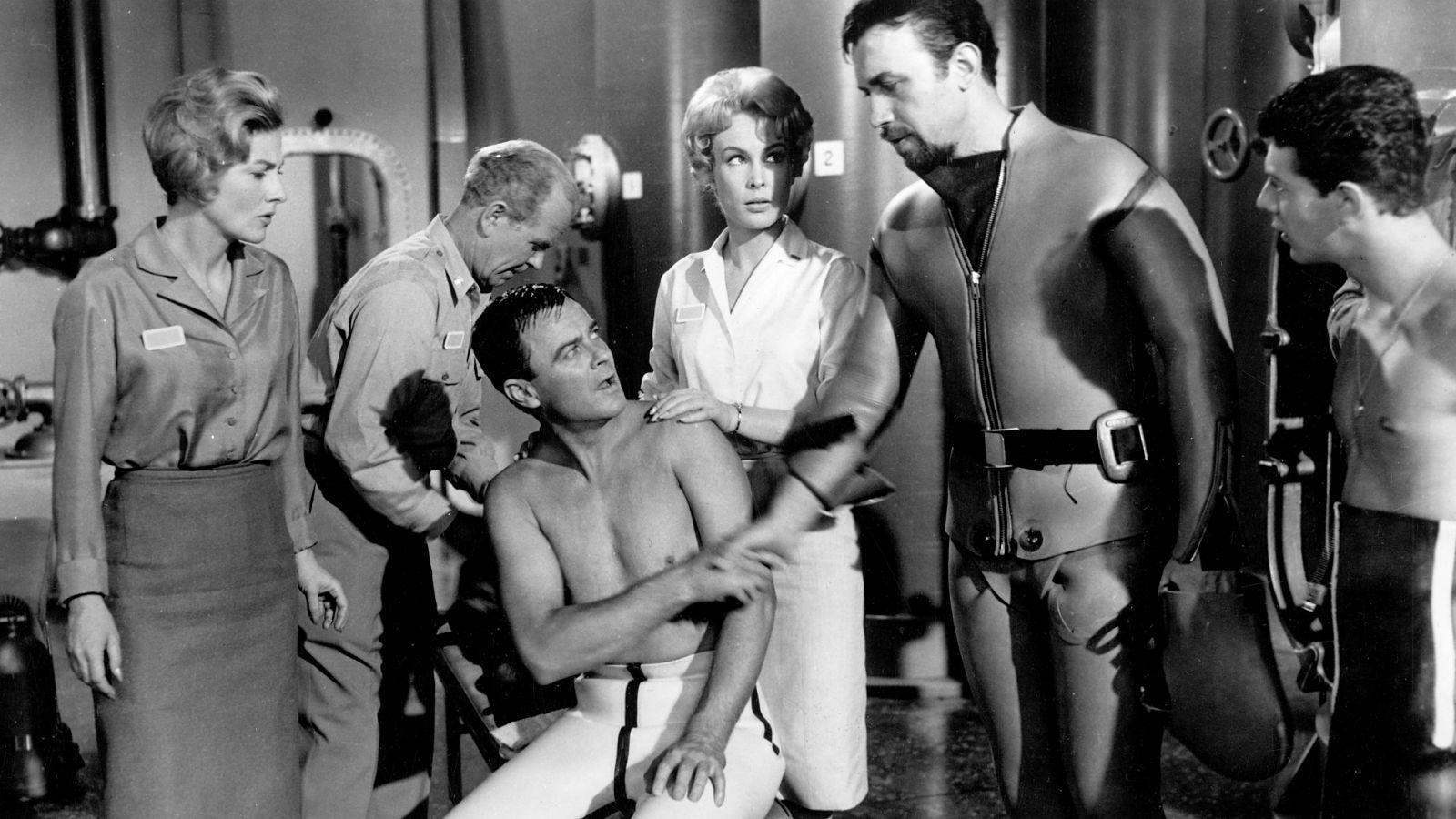 Voyage to the Bottom of the Sea

When the Earth is threatened by a burning Van Allen radiation belt, U.S. Navy Admiral Harriman Nelson plans to ignore the objections of the U.N. and shoot a nuclear missile at the belt with his experimental atomic submarine.

Harriman Nelson (Walter Pidgeon) is the creator of a revolutionary nuclear submarine. After testing its capabilities in the Arctic Ocean, Nelson and the commanding officer (Robert Sterling) surface the vessel, only to discover the sky ablaze. Learning that the Van Allen radiation belt has caught fire, Nelson conceives a plan that could save the planet from destruction, but the U.N. shoots it down. Nelson is convinced it will work, but an onboard psychiatrist (Joan Fontaine) questions his sanity.