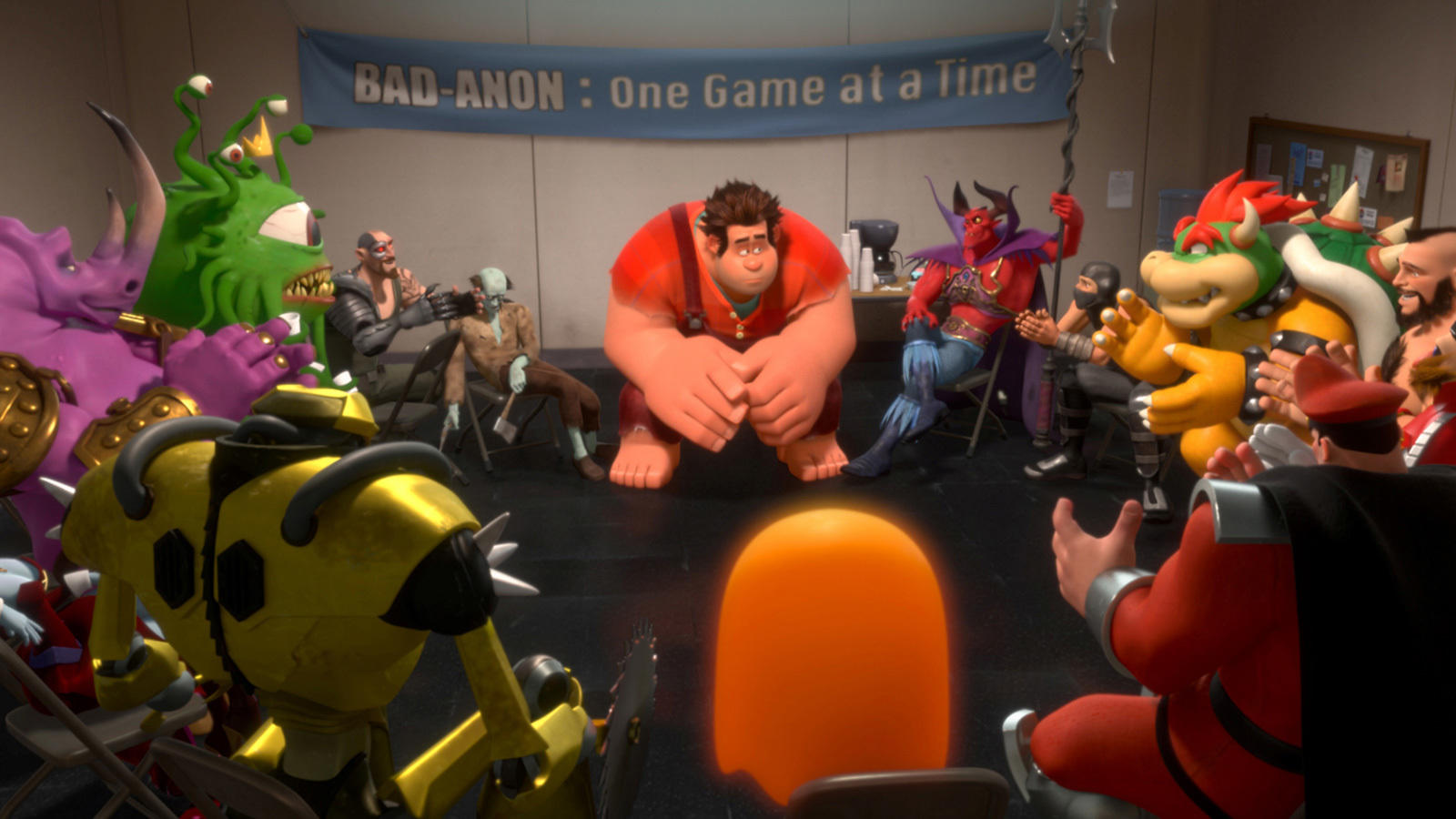 A video game villain wants to be a hero and sets out to fulfill his dream, but his quest brings havoc to the whole arcade where he lives.

Arcade-game character Wreck-It Ralph (voiced by John C. Reilly) is tired of always being the "bad guy" and losing to his "good guy" opponent, Fix-It Felix (Jack McBrayer). Finally, after decades of seeing all the glory go to Felix, Ralph decides to take matters into his own hands, and sets off on a game-hopping journey across the arcade to prove he's got what it takes to be a hero. However, while on his quest, Ralph accidentally unleashes a deadly enemy that threatens the entire arcade. Wreck-It-Ralph won the Annie Award for Best Animated Feature, and earned Golden Globe and Academy Award nominations.