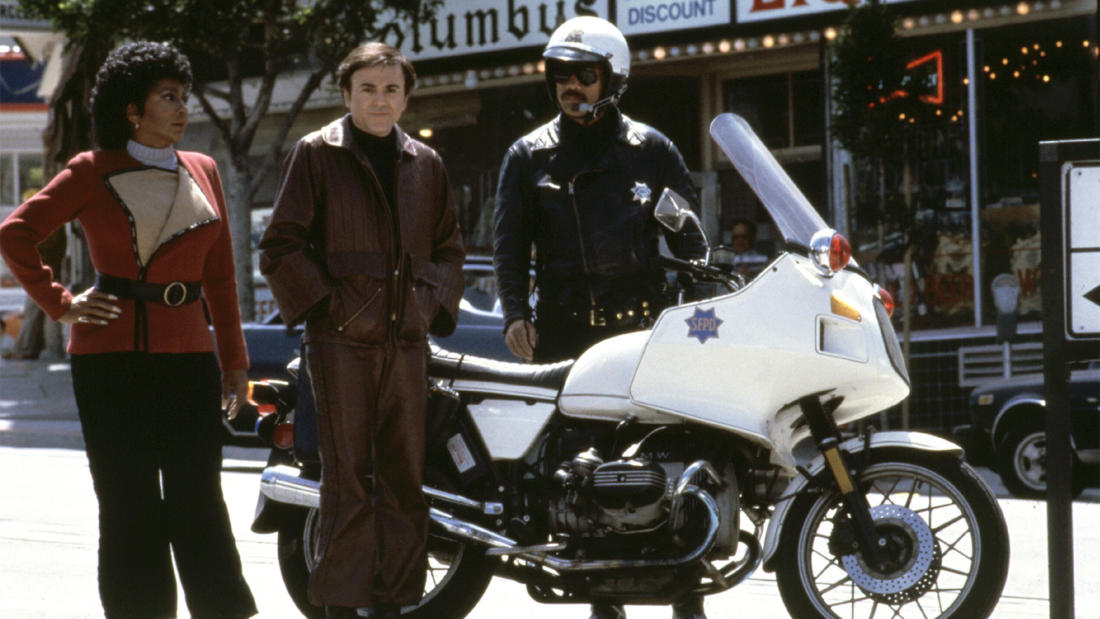 A program pairing the fourth Star Trek feature film (popularly known as “the one with the whales”) with a presentation on the amazing underwater lives of humpback whales by a noted whale researcher and conservationist.

The speaker illustrated his talk with stunning animations and video that demonstrated how new technology is being used to better understand whale behavior and to aid in the protection of these remarkable creatures.

It’s the 23rd century, and a mysterious space probe is evaporating Earth’s oceans and destroying the atmosphere. The probe emits a message delivered in the song of long-extinct humpback whales. Unless its call is answered, Earth faces certain destruction. So Admiral Kirk (William Shatner), the Vulcan Spock (Leonard Nimoy) and the rest of the Enterprise crew time-travel back to Earth’s 20th century in their captured Klingon Bird of Prey starship to find humpback whales and return them to the future, in the hope that the creatures will persuade the probe to stop its attacks. Landing in 1986 San Francisco, Kirk & Co. discover a world as alien as anything they have encountered in their travels through the galaxy.

Dr. Dave Wiley has never mind-melded with whales like Spock does in the film, but he has been studying these magnificent animals for more than 25 years. He joins us before the film to discuss how the use of advanced technologies such as digital acoustic recording tags (instruments that record the movements of whales and the sounds they make and hear in the ocean) and 3D visualization software are helping scientists to gain new insights into the amazing underwater behavior of humpback whales.

Dave Wiley is the Research Coordinator for the National Oceanic and Atmospheric Agency’s (NOAA) Stellwagen Bank National Marine Sanctuary, encompassing 842 square miles of ocean between Cape Ann and Cape Cod. Dr. Wiley’s research has ranged from studying the reproductive and foraging ecology of endangered whales to mapping marine toxic/hazardous dumpsites. He has worked with fishermen to redesign fishing gear to reduce the risk of whale entanglement and pioneered methods to successfully rescue mass stranded whales and dolphins. Dr. Wiley is the recipient of a Switzer Environmental Leadership Award, among many other honors. His work has been covered by the Discovery Channel, the BBC, National Public Radio, and National Geographic, among other media outlets.