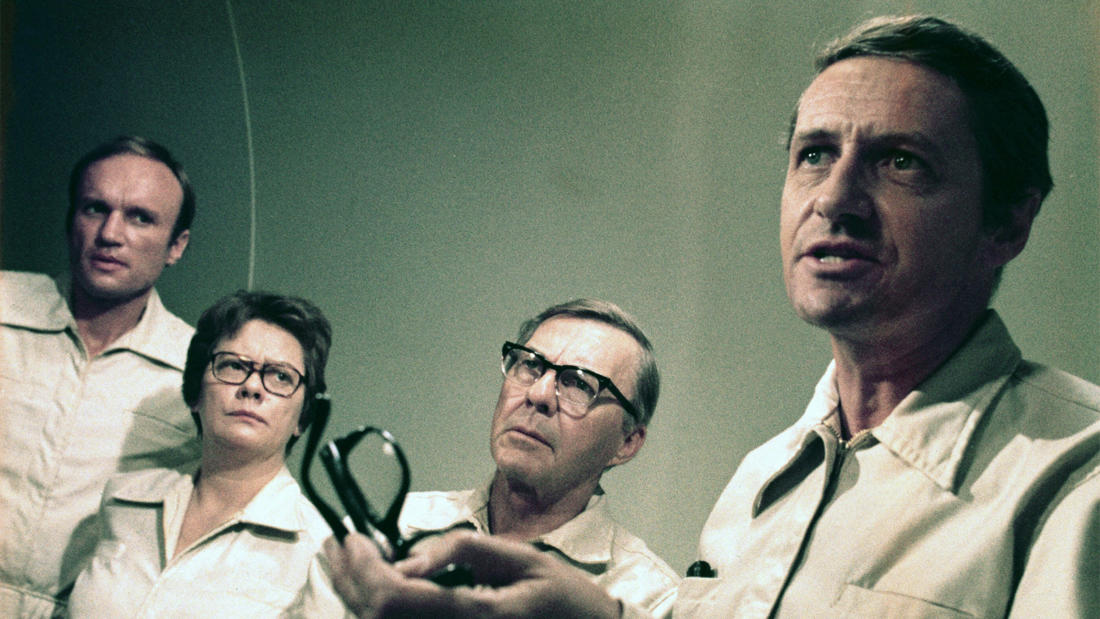 A discussion of how far epidemiology has come since the film.

A group of scientists investigates a deadly new alien virus before it can spread.

When an army satellite falls to earth near a small New Mexico town, the recovery team sent to collect it makes a startling discovery: nearly all of the town's inhabitants have died from exposure to a deadly pathogen that may have traveled back from space with the probe. After an inspection of the eerie scene, the satellite and the town's only two survivors—an old man and an infant—are transported to a high-tech underground research facility. With the potential for an unstoppable pandemic looming, the brass in Washington decides this new enemy should be eradicated by destroying the facility with a nuclear detonation unless a cure can be found. The small team of scientists, working in isolated, claustrophobic quarters, must work furiously to identify and neutralize the threat before it's too late. Casting a wary eye on technology and government, director Robert Wise's adaptation of the novel of the same name is still a chilling depiction of all the "what ifs" surrounding modern science's ability to handle a new biological threat.