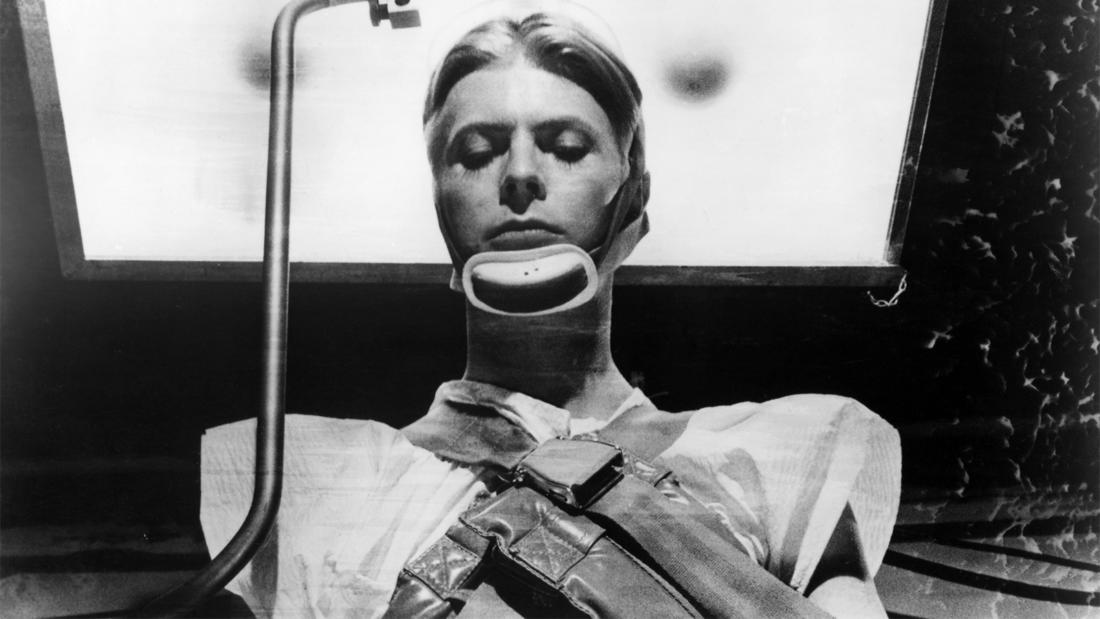 The Man Who Fell to Earth— The Outsider's Experience

Dr. Robert Weller discussed the issues raised in the outsider's experience of modern Western culture as seen in the film.

An extraterrestrial crash lands on Earth seeking a way to ship water to his planet, which is suffering from a severe drought.

Thomas Jerome Newton (David Bowie) is an alien who has come to Earth in search of water to save his home planet. Aided by lawyer Oliver Farnsworth (Buck Henry), Thomas uses his knowledge of advanced technology to create profitable inventions. While developing a method to transport water, Thomas meets Mary-Lou (Candy Clark), a quiet hotel clerk, and begins to fall in love with her. Just as he is ready to leave Earth, Thomas is intercepted by the US government, and his entire plan is threatened. Based on the novel of the same name by Walter Tevis, rock legend David Bowie made his acting debut in this trippy and highly provocative exploration of the outsider's experience in modern Western culture.

Dr. Robert Weller is a professor of cultural anthropology at Boston University. His work concentrates on China and Taiwan in comparative perspective. His actual research topics, however, are eclectic—running from ghosts to politics, rebellions to landscape paintings. Perhaps what unites everything is an interest in finding the limits to authority in all its settings.