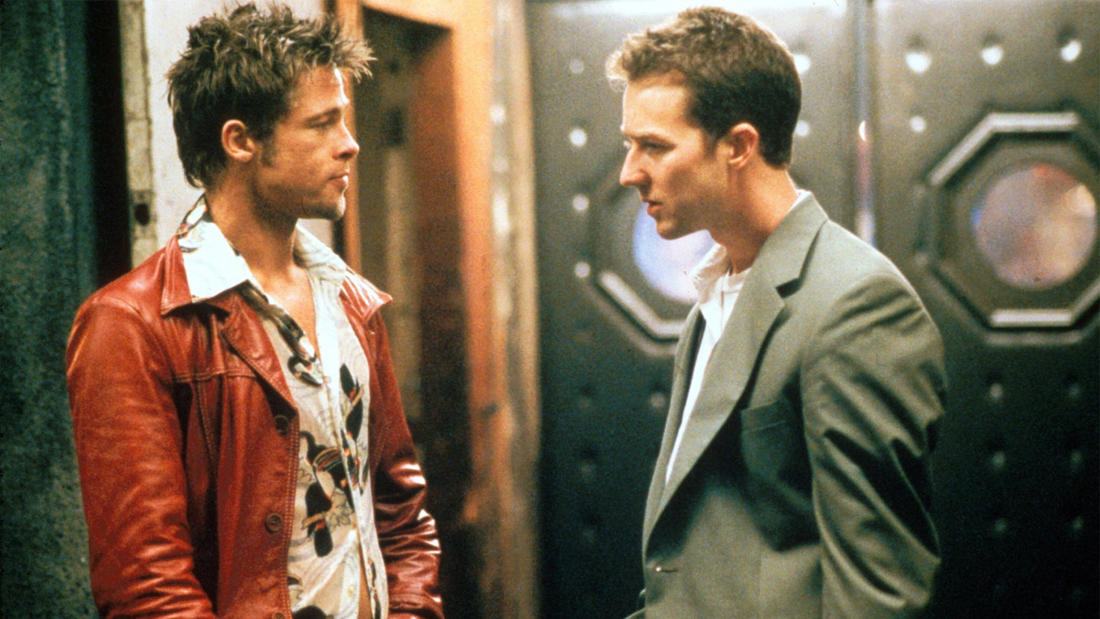 A discussion of how violent social behavior is rooted in male genes, what makes human violence unique as compared to other primates, why we are wired to relish certain kinds of aggression more than others, and why we shouldn’t assume that male violence is inevitable.

An insomniac office worker, looking for a way to change his life, crosses paths with a devil-may-care soap maker, forming an underground fight club that evolves into something much, much more.

Adapted from the novel by Chuck Palahniuk, Fight Club was one of the most talked about and controversial films of the 1990s. The unnamed narrator (Edward Norton) is an alienated insomniac stuck in a dull white-collar job who finds temporary emotional release by attending disease support groups. A chance encounter with Tyler Durden (Brad Pitt), a subversive soap salesman, frees him from the banality of his existence. The two become friends and roommates, bonding over their mutual disgust for consumer culture and their unusual weekly ritual: they fight each other for fun. Soon they form Fight Club, an underground group where disaffected young men channel primal aggression into brutal, bare-knuckled brawls that leave them feeling exhilarated and alive. The concept catches on, with secret fight clubs forming in other cities until a sensuous eccentric (Helena Bonham Carter) gets in the way and ignites an out-of-control spiral toward oblivion.

Dr. Richard Wrangham, the Ruth Moore Professor of Biological Anthropology at Harvard University and co-author of Demonic Males: Apes and the Origins of Human Violence, has spent decades studying chimpanzee cultures in the wild and comparing chimp cultures to human ones. It turns out that violent social behavior is common among chimpanzees and deeply rooted in male human genes. In ways that sound eerily familiar, male chimps fight one another directly for access to females and hunt and kill members of rival groups.