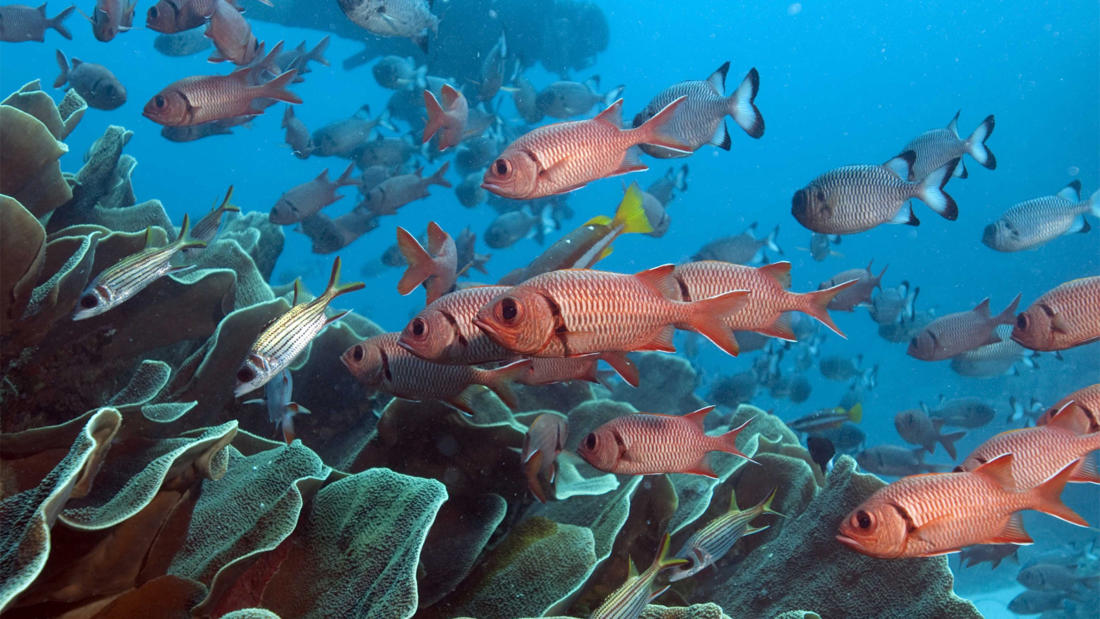 From the creators of the Broadway show STOMP and the award-winning film Wild Ocean, The Last Reef captures exotic coral reefs and vibrant sea walls in the subarctic. Teeming with anemones and crustaceans, these biodiversity hotspots are as vital to our lives as the rainforests. Shot on location in Palau, Vancouver Island, French Polynesia, Mexico, and the Bahamas using groundbreaking 3D cinematography, this documentary explores the connection of our cities on land with the ocean's complex, parallel world of coral reefs beneath the sea.

Steve McNicholas is a director, composer, actor, and co-founder of the dance percussion act Stomp. McNicholas has worked with Cliff Hanger Theatre Co., 7:84, Covent Garden Community Theatre, Pookiesnackenburger Buskers, and the Flying Pickets. His work in television includes Rowan Atkinson's Mr. Bean, various soundtrack work with Luke Cresswell, and the Yes/No video percussion series for ITV as director. He composed the score of the 1997 film Riot, and shares directorial credits with Cresswell on STOMP-based short films and commercials. He co-wrote and co-directed the 2002 IMAX movie Pulse: A Stomp Odyssey and the 3D movie The Last Reef. He also composed and co-directed Pandemonium: The Lost and Found Orchestra.

Luke Cresswell is a co-creator (along with Steve McNicholas) of the dance percussion act Stomp. He is a self-taught percussionist and one-time member of the British busking/cabaret musical group Pookiesnackenburger. Cresswell starred in the Channel 4 TV series Stomp, and writes music extensively for TV. He composed the score for the 1997 film Riot. His session work as a percussionist and programmer include Beats International, Bette Midler, Elvis Costello, Bryan Ferry, and Freak Power. With Steve McNicholas, he directed the film links for the 1994 Billboard Music Awards and directed three Target commercials in the United States. Also with McNicholas, he helped direct the HBO special Stomp Out Loud, as well as the 3D movie The Last Reef.