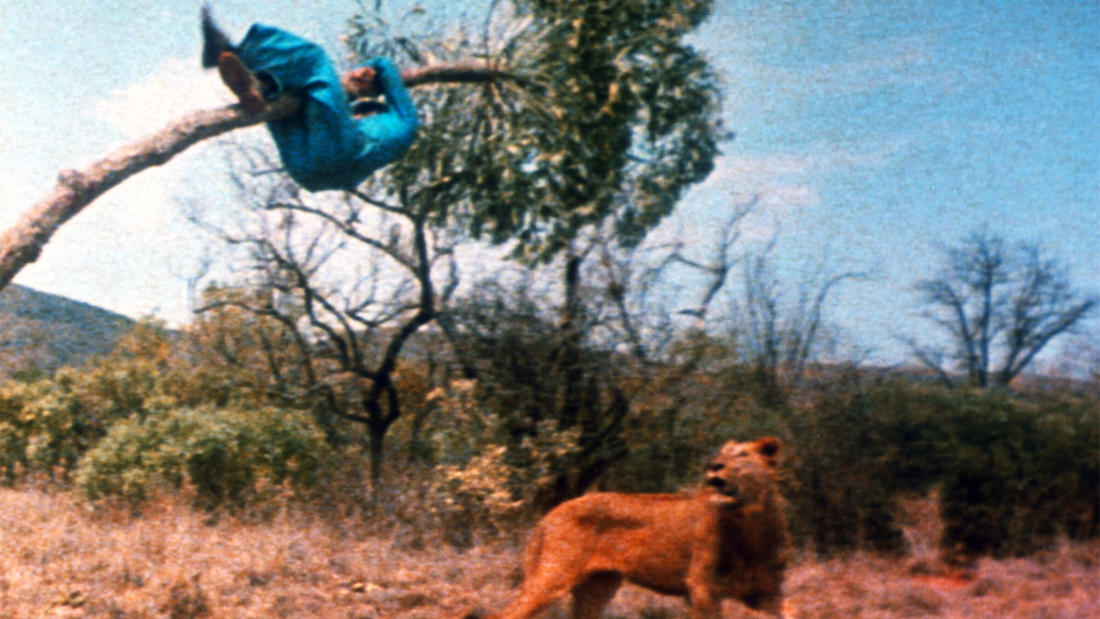 The Gods Must Be Crazy— The Inherent Cultural Value of Possession

Dr. Gell-Mann—himself a world traveler—applied his distinctive insight to an analysis of the film’s major themes.

A comic allegory about a traveling Bushman who encounters modern civilization and its stranger aspects, including a clumsy scientist and a band of revolutionaries.

Kalahari bushman Xi (N!xau) is as surprised as the rest of his tribe when a Coca-Cola bottle falls from a plane and lands in the middle of their village. When fighting breaks out over the strange foreign object, Xi decides to take the bottle back to the gods to restore peace. His journey to the “end of the world” eventually has him crossing paths with a bumbling scientist (Marius Weyers) and a band of guerrillas who take a schoolteacher (Sandra Prinsloo) and her class hostage. When it premiered in the United States, The Gods Must Be Crazy became the biggest foreign box-office hit ever released.

Dr. Murray Gell-Mann is a physicist, and the winner of the Nobel Prize for Physics in 1969 for his work pertaining to the classification of subatomic particles and their interactions. Dr. Gell-Mann is known for developing the concept of "strangeness," and gave the name "quark" to the basic building block of matter.

Dr. Gell-Mann graduated from high school at the age of 15 and entered Yale University, where he earned a bachelor's degree in 1948. Next came graduate study at the Massachusetts Institute of Technology (MIT), where he claims to have found out, for the very first time, what true scientific research can achieve. Totally committed to his work, he completed his doctorate in 1951, and proceeded to the Princeton Institute for Advanced Studies, where he had been awarded a research grant.

Dr. Gell-Mann's first academic appointment was in 1952 with the Institute for Nuclear Studies at the University of Chicago, where he started the work on elementary particles. He joined the faculty of the California Institute of Technology in Pasadena in 1955 and was appointed the Robert Andrews Millikan Professor of Theoretical Physics in 1967 (emeritus, 1993). A member of the National Academy of Sciences and the American Academy of Arts and Sciences, Dr. Gell-Mann was the recipient of the Dannie Heineman Prize of the American Physical Society in 1959 and of numerous special lectureships and honors.

He published a number of works on this phase of his career, notable among which are The Eightfold Way (1964) and Broken Scale Variance and the Light Cone (1971).

In 1984, he cofounded the Santa Fe Institute, a nonprofit center located in Santa Fe, NM, that supports research concerning complex adaptive systems and emergent phenomena associated with complexity. In “Let’s Call It Plectics,” a 1995 article in the institute’s journal, Complexity, he coined the word plectics to describe the type of research supported by the institute. In The Quark and the Jaguar (1994), Dr. Gell-Mann gave a fuller description of the ideas concerning the relationship between the basic laws of physics (the quark) and the emergent phenomena of life (the jaguar).

Dr. Gell-Mann was a director of the MacArthur Foundation (1979–2002) and served on the President’s Committee of Advisors on Science and Technology (1994–2001). In 2000, he became a member of the board of directors of Encyclopædia Britannica, Inc.