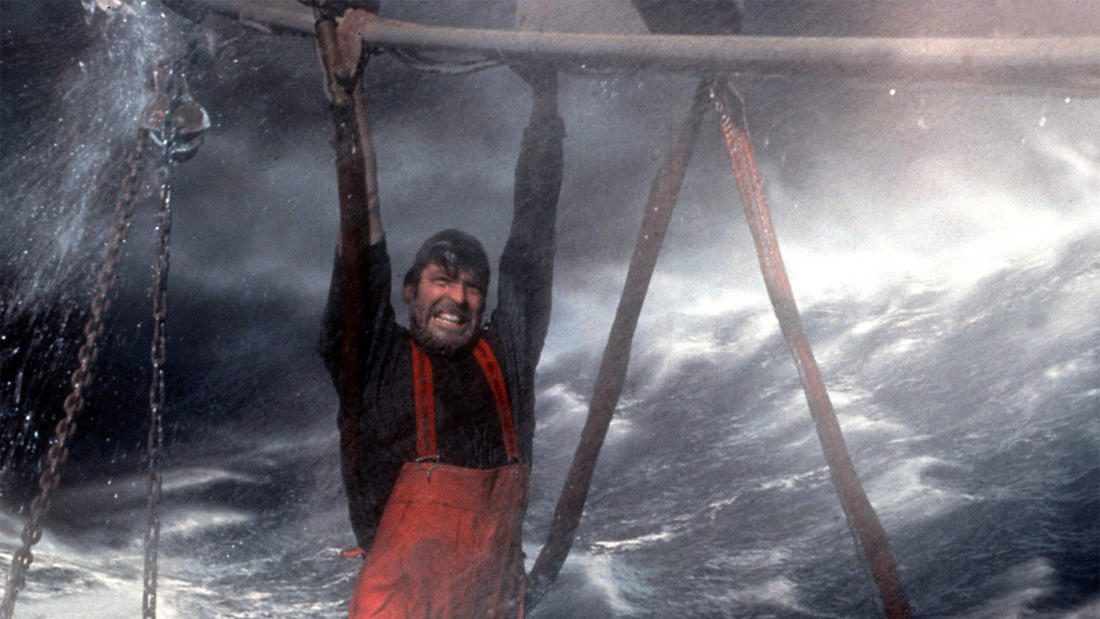 The Perfect Storm— How is climate change making a “perfect storm” increasingly likely?

A discussion of how climate change is making a "perfect storm" increasingly likely.

An unusually intense storm pattern catches some commercial fishermen unaware and puts them in mortal danger.

In October 1991, a dying tropical hurricane from Bermuda collided with a cold front from the Great Lakes, resulting in a "perfect storm" in the North Atlantic. Based on the best-selling nonfiction book by Sebastian Junger, The Perfect Storm tells the story of the sword-fishing boat the Andrea Gail and the ship's crew. Captain Billy Tyne (George Clooney) has had a string of unsuccessful fishing outings, and decides to return to sea despite the season’s notoriously poor weather conditions. When the ship's refrigeration system goes haywire, he and his crew have to return to shore as quickly as possible before the fish spoil, sending them into the middle of one of the worst storms in history.

Dr. Claudia Benitez-Nelson is a College of Arts & Sciences Distinguished Professor in the Marine Science Program and Department of Earth & Ocean Sciences at the University of South Carolina. Her research focuses on the biogeochemical cycling of phosphorus and carbon and how these elements are influenced by both natural and anthropogenic processes. She is a diverse scientist, with expertise ranging from radiochemistry to harmful algal bloom toxins and is highly regarded for her cross-disciplinary research. Over the past two decades, Dr. Benitez-Nelson has authored or co-authored more than 90 papers, including lead author publications in the journals Science and Nature. She has been continuously supported by substantial, multi-year research and education grants from the National Science Foundation and the National Aeronautics and Space Administration, among others. Her many research honors include the Early Career Award in Oceanography from the American Geophysical Union in 1996, Fulbright and Marie Curie Fellowships in 2008, and was named a National Academies of Science/Humboldt Foundation Kavli Fellow in 2012.

She is regularly called upon by national and international scientific and policy agencies for her expertise, and currently serves or has served as a member of the Advisory Committee to the Geoscience Directorate of NSF, the EPA Science Advisory Board, and the National Academy of Sciences' Ocean Studies Board. Dr. Benitez-Nelson earned a BS in chemistry and oceanography from the University of Washington, and a PhD in oceanography from the Woods Hole Oceanographic Institute/Massachusetts Institute of Technology Joint Program in 1999.