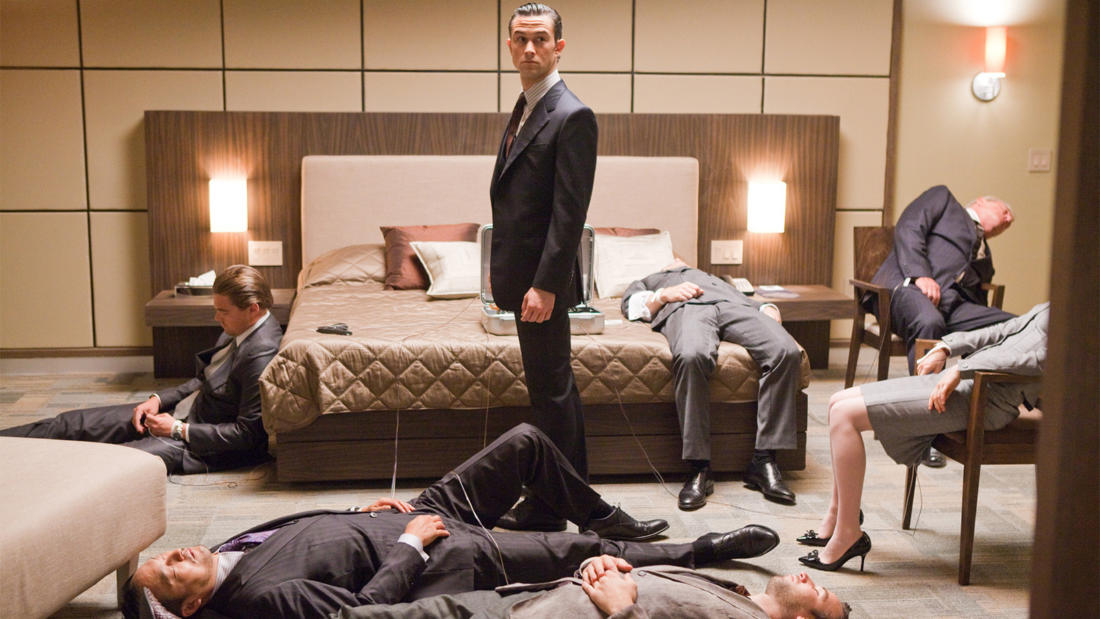 An exploration of the protagonist's adrenaline-fueled perception of time and actions within both reality and the dream-state.

A thief who steals corporate secrets through the use of dream-sharing technology is given the inverse task of planting an idea into the mind of a CEO.

Dom Cobb (Leonardo DiCaprio) is a thief with the rare ability to enter people's dreams and steal secrets from their subconscious. His skill has made him a hot commodity in the world of corporate espionage, but has also cost him everything he loves. Cobb gets a chance at redemption when he is offered a seemingly impossible task: plant an idea in someone's mind. If he succeeds, it will be the perfect crime, but a dangerous enemy anticipates Cobb's every move. Inception was nominated for eight Academy Awards, and won four.

New York Times bestselling author Dr. David Eagleman (Incognito: The Secret Lives of the Brain) is a renowned neuroscientist best known for his work in time perception, synesthesia, and neurolaw. He works at Baylor College of Medicine, where he directs the Laboratory for Perception and Action and the Initiative on Neuroscience and Law. Dr. Eagleman is also a Guggenheim Fellow and council member in the World Economic Forum. He is the writer and presenter of the six-hour television series The Brain with David Eagleman on PBS.