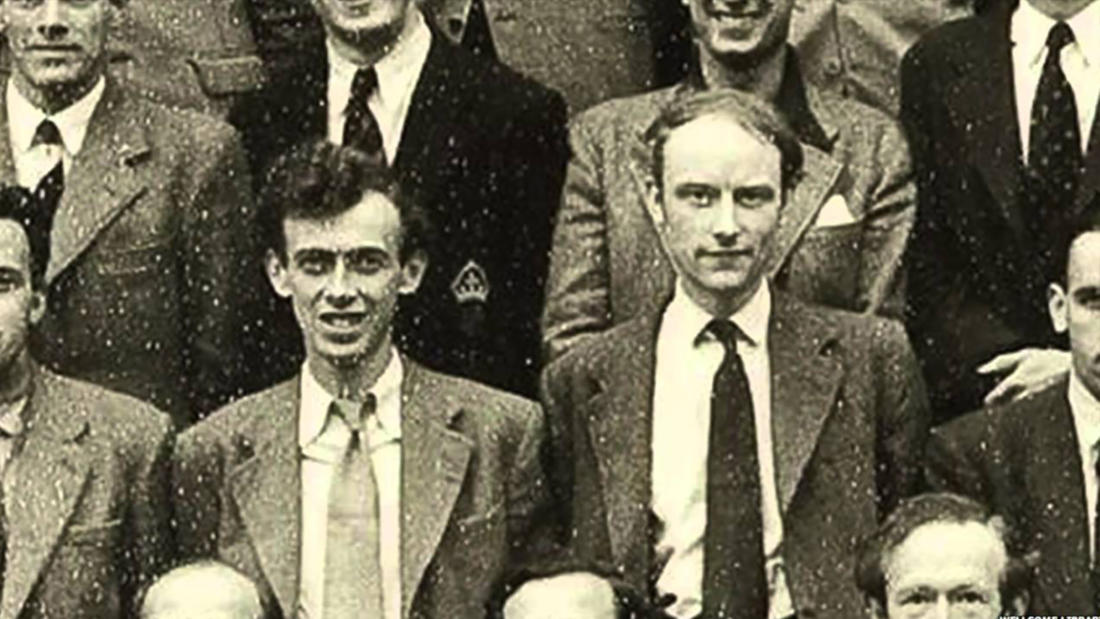 The Race for the Double Helix— The Discovery of DNA Structure

Dr. James Watson revisited the discovery of DNA structure 60 years later, led a Q&A, and did a book signing.

Watson and Crick race to find the structure of DNA before Linus Pauling, Maurice Wilkins, or Rosalind Franklin can find the key to unlocking the secret.

Based on a true story, the film focuses on two rival teams of scientists in a race to discover the structure of DNA: James Watson (Jeff Goldblum) and Francis Crick (Tim Pigott-Smith) at Cambridge University and Maurice Wilkins (Alan Howard) and Rosalind Franklin (Juliet Stevenson) at King’s College London. Along the way, the scientists are faced with challenges, false starts, and the eventual success of their bold chase. This BBC-produced docu-drama won several prizes, including a 1988 BAFTA TV Award.

Dr. James Watson is a molecular biologist, geneticist, and zoologist, best known as one of the co-discoverers of the structure of DNA in 1953 with Francis Crick. Watson, Crick, and Maurice Wilkins were awarded the 1962 Nobel Prize in Physiology or Medicine for their discoveries.

From 1956 to 1976, Watson was on the faculty of the Harvard University Biology Department, promoting research in molecular biology. From 1968, he served as director of Cold Spring Harbor Laboratory (CSHL) in Long Island, New York, greatly expanding its level of funding and research. At CSHL, he shifted his research emphasis to the study of cancer, along with making it a world-leading research center in molecular biology. In 1994, he started as president and served for 10 years. He was then appointed chancellor, serving until 2007. Between 1988 and 1992, Watson was associated with the National Institutes of Health, helping to establish the Human Genome Project.

Watson has written many science books, including the textbook Molecular Biology of the Gene (1965) and his bestselling book The Double Helix (1968) about the DNA structure discovery, reissued in a new edition in 2012.