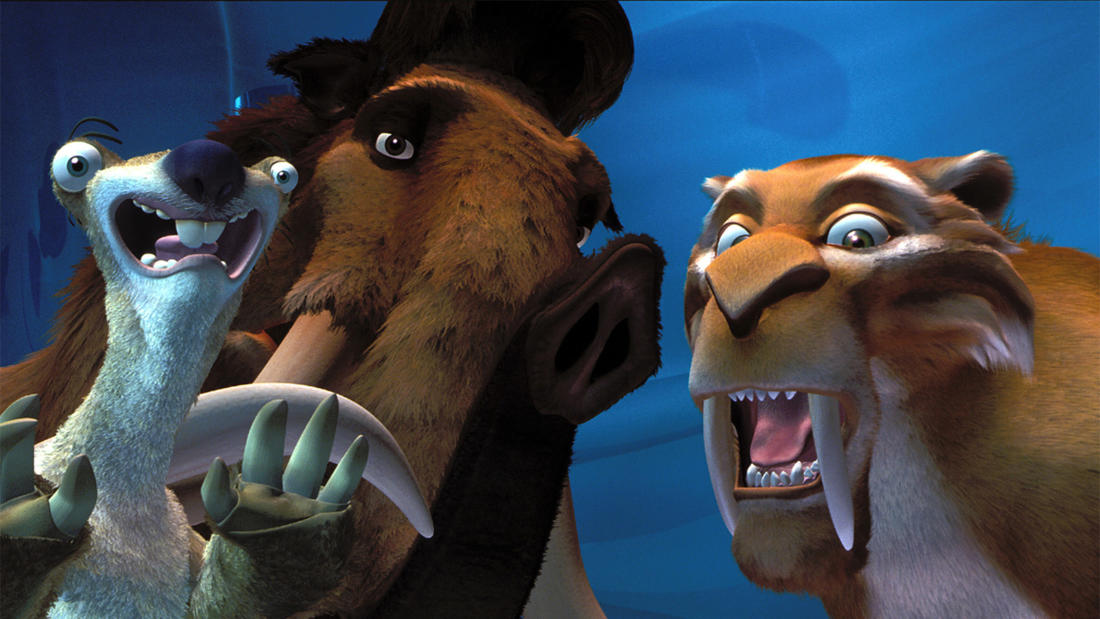 During the Eocene Epoch (55–34 million years ago), Colorado was home to thunder beasts (or brontotheres), rhinos, and an unusual multi-horned giant called a uintathere. Dr. Jaelyn Eberle presented on the amazing ancient mammals of Colorado.

Set during the Ice Age, a sabertooth tiger, a sloth, and a wooly mammoth find a lost human infant and try to return him to his tribe.

Twenty thousand years ago, Earth was a wondrous, prehistoric world filled with great danger, not the least of which was the beginning of the Ice Age. This animated feature revolves around sub-zero heroes: a woolly mammoth (voiced by Ray Romano), a saber-toothed tiger (Denis Leary), a sloth (John Leguizamo), and a prehistoric combination of a squirrel and rat, known as Scrat (Chris Wedge). To avoid really bad frostbite and save a lost human infant, the planet's creatures begin migrating south. Before the mission is complete, they brave a lava pit, caverns of ice, and a traitorous plot within their midst.

Dr. Jaelyn Eberle is the director of the Museum and Field Studies Program, assistant professor of geological sciences at the University of Colorado, and the curator of vertebrate paleontology.