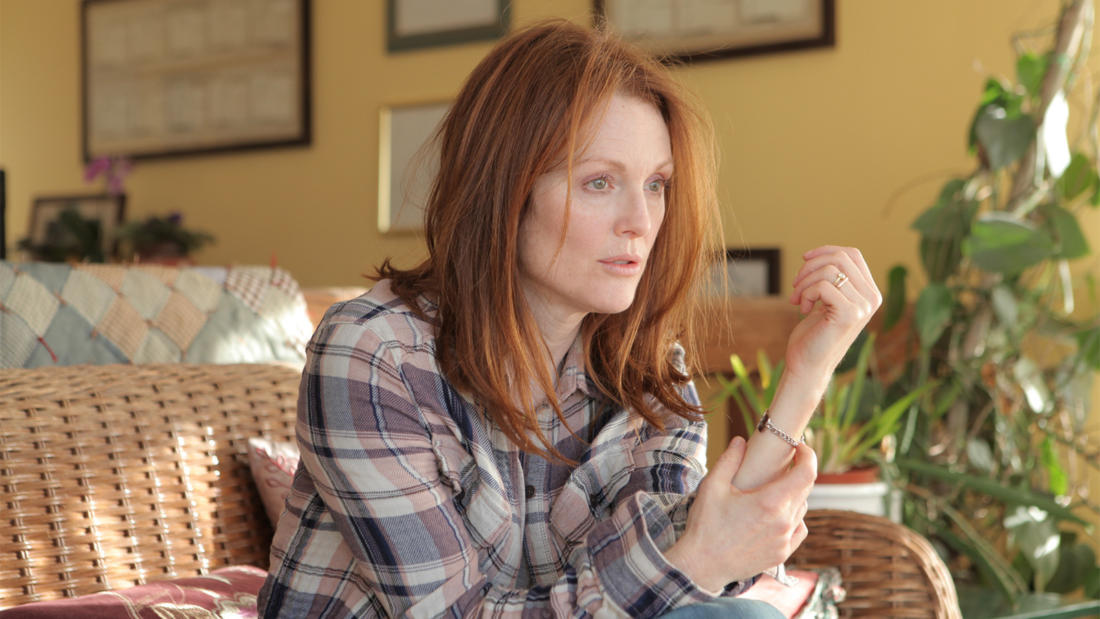 A discussion of the different stages of Alzheimer's disease and the latest research.

A linguistics professor and her family find their bonds tested when she is diagnosed with Alzheimer's disease.

Alice Howland (Julianne Moore) is a renowned linguistics professor with a loving husband (Alec Baldwin) and three grown children (Kristen Stewart, Kate Bosworth, Hunter Parrish). But things start to unravel when, while giving a lecture, Alice forgets the word "lexicon," and then during a jog becomes disoriented and gets lost. Concerned with the persistence of these problems, she visits a neurologist who diagnoses her with early-onset Alzheimer's disease. As the terminal degenerative neurological condition gradually gets worse, Alice and her family's lives change completely in the face of a daunting challenge. The disease advances, and Alice struggles not only to fight her own mental deterioration, but to make the most of the time she has left. Based on the novel of the same name, Still Alice earned Julianne Moore an Academy Award for Best Actress.

Megan Carnarius is a sought-after national speaker on Alzheimer's. She is also the executive director of Balfour Cherrywood Village, a memory care and Alzheimer's secure facility, located in Louisville, CO.