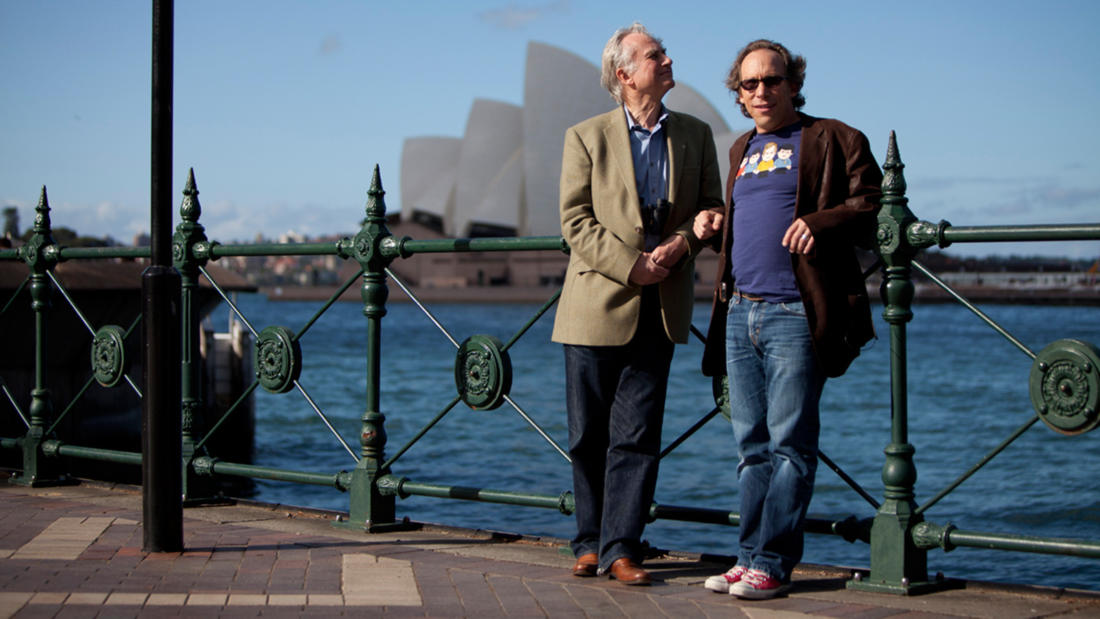 The panel hosted a discussion on the importance of science and reason in the modern world, and the intersection between rational thought and spiritual faith.

Renowned scientists Richard Dawkins and Lawrence Krauss cross the globe as they speak publicly about the importance of science and reason in the modern world.

The Unbelievers explores the debate surrounding creationism versus evolution, and advocates the importance of scientific thought and reason in a modern world. Scientists Richard Dawkins and Lawrence Krauss speak publicly around the globe, encouraging others to reject religious and politically motivated approaches toward what they think to be important current issues. The documentary features appearances by Stephen Hawking, Ayaan Hirsi Ali, Sam Harris, Cameron Diaz, Woody Allen, Penn Jillette, Ian McEwan, and David Silverman.

Dr. Lawrence Krauss is a theoretical physicist and cosmologist who is Foundation Professor of the School of Earth and Space Exploration at Arizona State University, and director of its Origins Project. He is known as an advocate of the public understanding of science, of public policy based on sound empirical data, of scientific skepticism and of science education, and works to reduce the influence of what he opines as superstition and religious dogma in popular culture. Dr. Krauss is the author of several bestselling books, including The Physics of Star Trek (1995) and A Universe from Nothing (2012), and chairs the Bulletin of the Atomic Scientists Board of Sponsors.

Dr. Krauss was featured in the 2013 documentary The Unbelievers.

Gus Holwerda is a film director. He wrote, directed, and produced the documentary The Unbelievers. He began his career writing and directing short films, and wrote and acted in the action TV series The Unjust. Holwerda is currently in post-production on his first narrative feature film, a sci-fi titled Intersect.