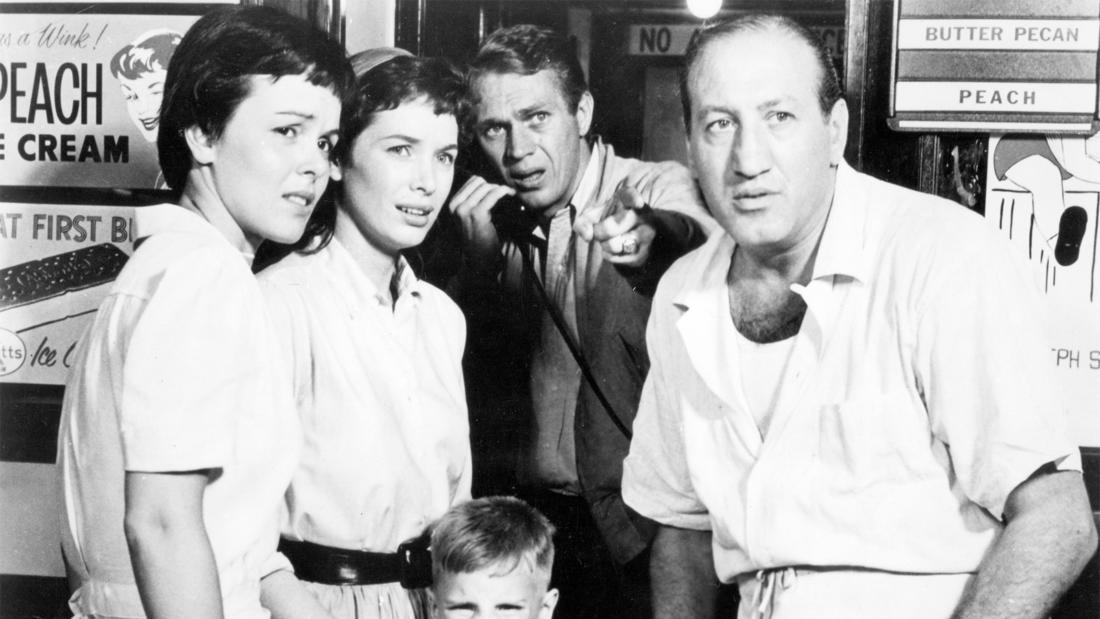 The Blob— The Science Behind the 1919 Boston Molasses Disaster

Before the film, journalist Ferris Jabr discussed the science behind the 1919 Boston Molasses Disaster, which he chronicled for an article in Scientific American.

An alien lifeform consumes everything in its path as it grows and grows.

A cult classic of gooey greatness, The Blob follows the havoc wreaked on a small town by an outerspace monster with neither soul nor vertebrae. Teenager Steve (Steven McQueen) and his best girl, Jane (Aneta Corsaut), race to protect their hometown from a gelatinous alien life form that engulfs everything it touches. The first to discover the substance and live to tell about it, Steve and Jane witness the blob kill and grow to terrifying size. But no one else has seen the goo, and policeman Dave (Earl Rowe) refuses to believe the kids without proof. With strong performances and ingenious special effects, The Blob helped launch the careers of Steve McQueen and composer Burt Bacharach, whose bouncy title song is just one of this film’s many unexpected pleasures.

Ferris Jabr is a Contributing Writer at Scientific American magazine and a freelance science journalist based in Portland, Oregon. His work has been published in The New York Times Magazine, Outside, New Scientist, and Wired, and anthologized by The Best American Science and Nature Writing series.