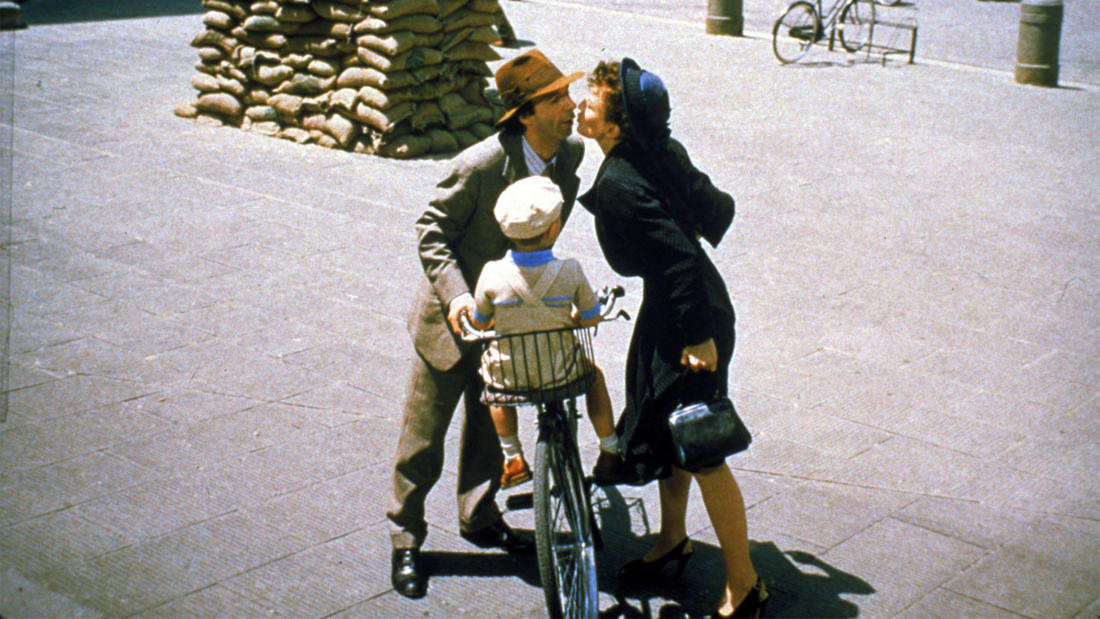 Life is Beautiful— The Science of Humor

Professor Peter McGraw discussed the science of humor and revealed the secret to what makes things funny and how to live a more humorous life.

When an open-minded Jewish man and his son become victims of the Holocaust, he uses a perfect mixture of will, humor, and imagination to protect his son from the dangers of a Nazi concentration camp.

A gentle Jewish-Italian waiter Guido Orefice (Roberto Benigni) meets Dora (Nicoletta Braschi), a pretty schoolteacher, and wins her over with his charm and humor. Eventually they marry and have a son, Giosué (Giorgio Cantarini). Their happiness is abruptly halted, however, when Guido and Giosué are separated from Dora and taken to a concentration camp. Determined to shelter his son from the horrors of his surroundings, Guido convinces Giosué that their time in the camp is merely a game. The film won three Academy Awards, including Best Actor for Roberto Benigni and Best Foreign Film.

Dr. A. Peter McGraw is an associate professor of marketing and psychology at the University of Colorado at Boulder. His research spans the fields of judgment and decision making, emotion, affect, and mood. Dr. McGraw is known for his early research on expectations and emotions. In studying the emotional reactions of Olympic athletes, he finds that bronze medalists often appear happier with their accomplishment than silver medalists because silver medalists are more likely to have higher (gold medal) aspirations, whereas bronze medalists are more likely to be the dark horse and exceed their expectations.

Dr. McGraw also investigates what makes things funny. His humor research was inspired in part by his research on moral violations with Philip Tetlock and mixed emotions with Jeff Larsen. Dr. McGraw, along with Caleb Warren, developed the Benign Violation Theory (BVT), a general theory of humor based on evolutionary accounts of laughter and amusement. The BVT predicts that humor occurs when a person simultaneously appraises a situation as wrong or unsettling in some way (i.e., a violation) and yet appraises the situation to be okay or acceptable in some way (i.e., benign). His research is quickly moving the study of humor from the niche to mainstream psychology.

In 2014, Dr. McGraw co-authored The Humor Code, a book about the science of humor and his travels around the world with journalist Joel Warner. Dr. McGraw and his work often appears in major media outlets, such as the BBC, The Wall Street Journal, and Wired magazine. He also gives talks to businesses and the general public.