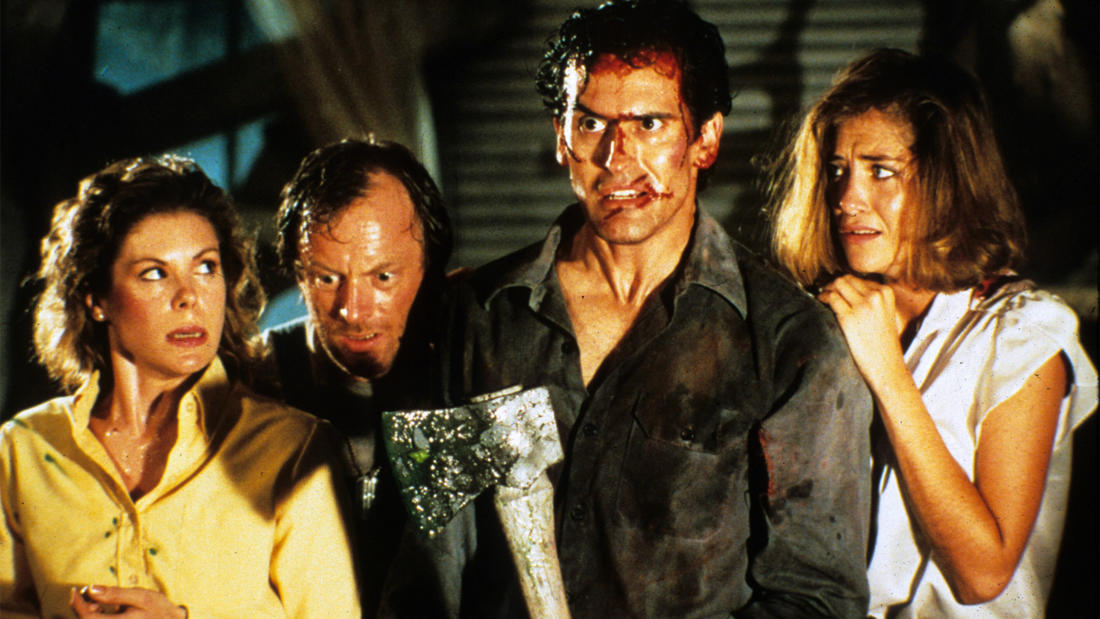 Evil Dead II— Why do we like scary movies?

Dr. Schlozman gave an overview of the neurobiology of our affinity for scary movies.

The lone survivor of an onslaught of flesh-possessing spirits holds up in a cabin with a group of strangers while the demons continue their attack.

The second film in the Evil Dead trilogy is part horror, part comedy, with Ash Williams (Bruce Campbell) as the lone survivor of an onslaught of flesh-possessing demons. At a secluded cabin in the woods, Ash and his girlfriend, Linda (Denise Bixler), discover the Sumerian Book of the Dead, a ritual dagger, and a reel-to-reel tape containing a translation of the book's hieroglyphics. The incantations on the tape summon an unseen, growling spirit from within the woods, which bursts into the cabin and takes possession of his Linda's soul. Cut off from the outside world, Ash soon discovers there is no escaping the woods.

Dr. Steven Schlozman is the associate director of training for the Child and Adolescent Psychiatry Residency Program at the Massachusetts General Hospital/McLean Program in Child Psychiatry, and co-director of Medical Student Education in Psychiatry for Harvard Medical School, where he is also an assistant professor of psychiatry. He is Board Certified in General Psychiatry and Child Psychiatry.