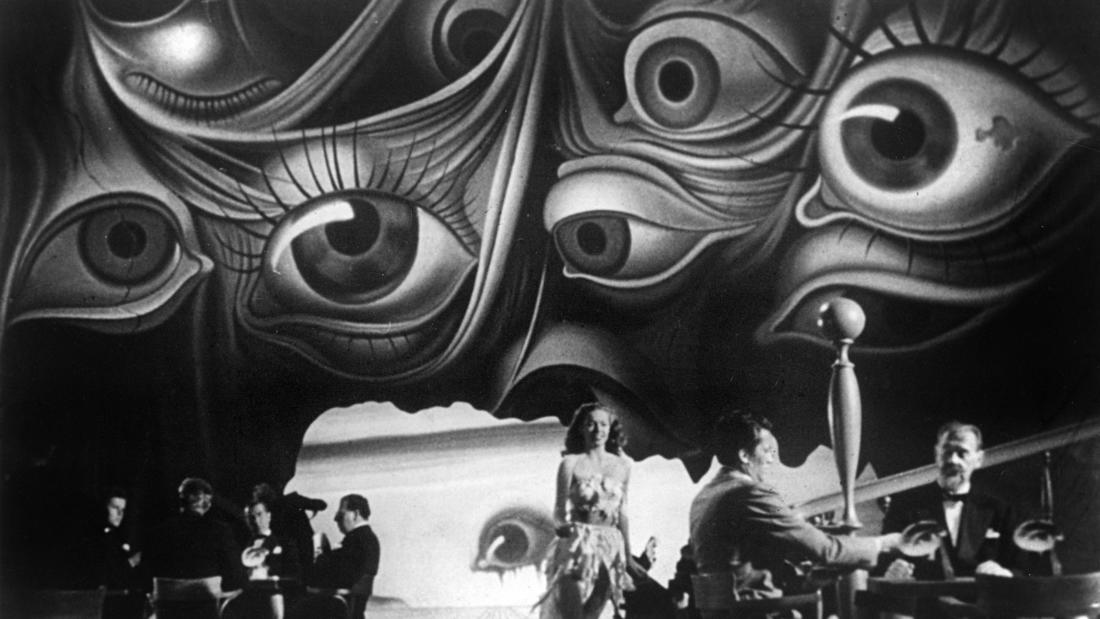 Senior Producer and Co-Host, “Two Guys on Your Head,” “Views and Brew”

Co-Host, “Two Guys on Your Head”

Co-Host, “Two Guys on Your Head”

A discussion of brain function, dreams, memory, and trauma

A psychiatrist protects the identity of an amnesia patient accused of murder while attempting to recover his memory.

When Dr. Anthony Edwardes (Gregory Peck) arrives at a Vermont mental hospital to replace the outgoing hospital director, Dr. Constance Peterson (Ingrid Bergman), a psychoanalyst, discovers Edwardes is actually an impostor. The man confesses that the real Dr. Edwardes is dead and fears he may have killed him, but cannot recall anything. Dr. Peterson, however, is convinced his impostor is innocent of the man's murder, and joins him on a quest to unravel his amnesia through psychoanalysis. This taut psychological thriller features a dream sequence designed by Salvador Dalíand and an Oscar-winning score by Miklos Rozsa.

Rebecca McInroy is a host, show creator, and senior producer, who produces a wide range of content for KUT, KUTX, and KUT.ORG, including Views and Brews, Two Guys on Your Head, Liner Notes, and The Write Up with Owen Egerton. She is also the co-creator, host, and executive producer for In Perspective, a roundtable discussion program, produced in collaboration with The Humanities Media Project, that works to illuminate the importance of humanities research in a broader context.

Dr. Art Markman co-hosts the show Two Guys on Your Head on KUT radio. After getting a BS in cognitive science from Brown University in 1988, Dr. Markman went on to graduate school in the Psychology Department at the University of Illinois, where he got his PhD in 1992. Then, Dr. Markman spent five years as an assistant professor in the Psychology Department at Columbia University. His research has focused on the way people see things to be similar, and how they process similarity and analogy comparisons, as well category learning and decision making. He is the director of the program in the Human Dimensions of Organizations at the University of Texas at Austin.

Dr. Bob Duke co-hosts the show Two Guys on Your Head on KUT radio. Dr. Duke is the Marlene and Morton Meyerson Centennial Professor and head of Music and Human Learning at the University of Texas at Austin, where he is University Distinguished Teaching Professor, Elizabeth Shatto Massey Distinguished Fellow in Teacher Education, and director of the Center for Music Learning. He also directs the psychology of learning program at the Colburn Conservatory of Music in Los Angeles. The most recent recipient of UT's Friar Centennial Teaching Fellowship, Dr. Duke has directed national research efforts under the sponsorship of such organizations as the National Piano Foundation and the International Suzuki Institute. His research on human learning and behavior spans multiple disciplines, including motor skill learning, cognitive psychology, and neuroscience. His most recent work explores procedural memory consolidation, the cognitive processes engaged during musical improvisation, and the allocation of visual gaze in teaching and learning. A former studio musician and public school music teacher, he has worked closely with children at-risk, both in the public schools and through the juvenile justice system. He is the author of Scribe 4 behavior analysis software, and his most recent books are Intelligent Music Teaching: Essays on the Core Principles of Effective Instruction and The Habits of Musicianship, which he co-authored with Jim Byo of Louisiana State University.