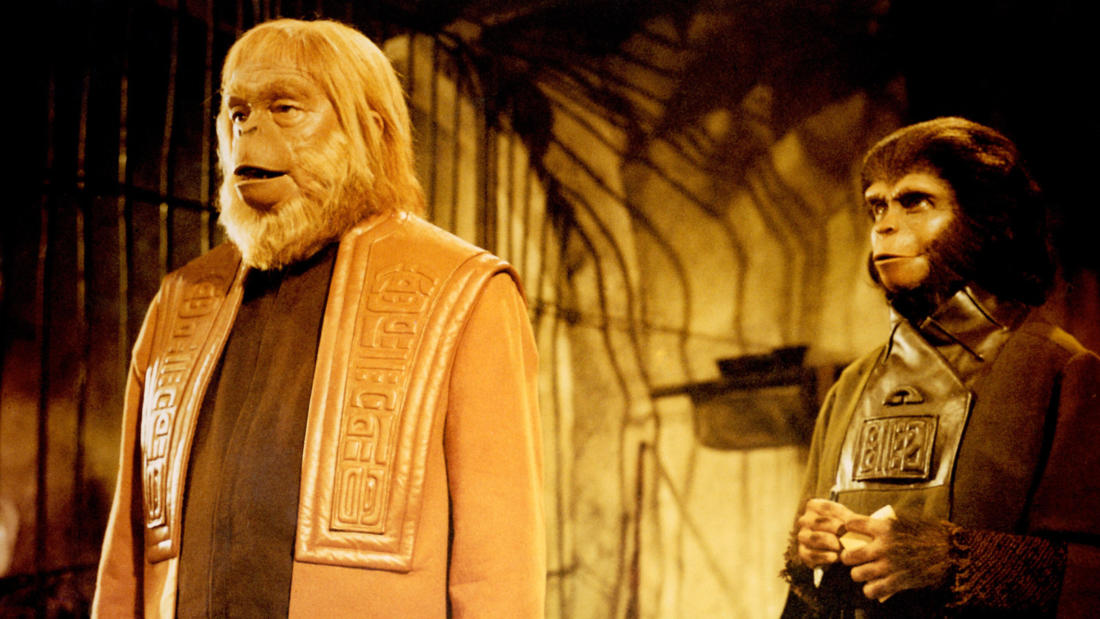 A discussion of how the movie’s fundamental assumption—if humans lost their humanity, other apes would evolve to be like us—is based on a common and deep-rooted misconception about evolution, but was actually presciently correct in one key respect.

An astronaut crew crash lands on a planet in the distant future where intelligent talking apes are the dominant species, and humans are the oppressed and enslaved.

Charlton Heston is George Taylor, one of several astronauts on a long space mission whose ship propels them two millennia into the future, where they find themselves trapped on a planet ruled over by a race of highly intelligent apes. First billed as "an unusual and important motion picture event," Planet of the Apes has cemented its place in sci-fi history, redefining forever the notion of film-as-franchise.

Dr. Daniel Lieberman is the Lerner Professor of Biological Sciences and chair of the Department of Human Evolutionary Biology at Harvard University. He is a leading figure in the field of human evolution, best known for his research on how and why the human body is the way it is, and how human evolutionary history is relevant to health. Lieberman’s research combines experimental biomechanics, anatomy, and physiology both in the lab and in the field, and he has conducted research in Africa for almost 30 years. He is best known for his research on the evolution of the head and on the evolution of running, which he also enjoys doing himself (sometimes barefoot, earning him the nickname "the Barefoot Professor"). In addition to publishing many scientific papers, he has written two books, The Evolution of the Human Head (2011), and The Story of the Human Body: Evolution, Health and Disease (2013).