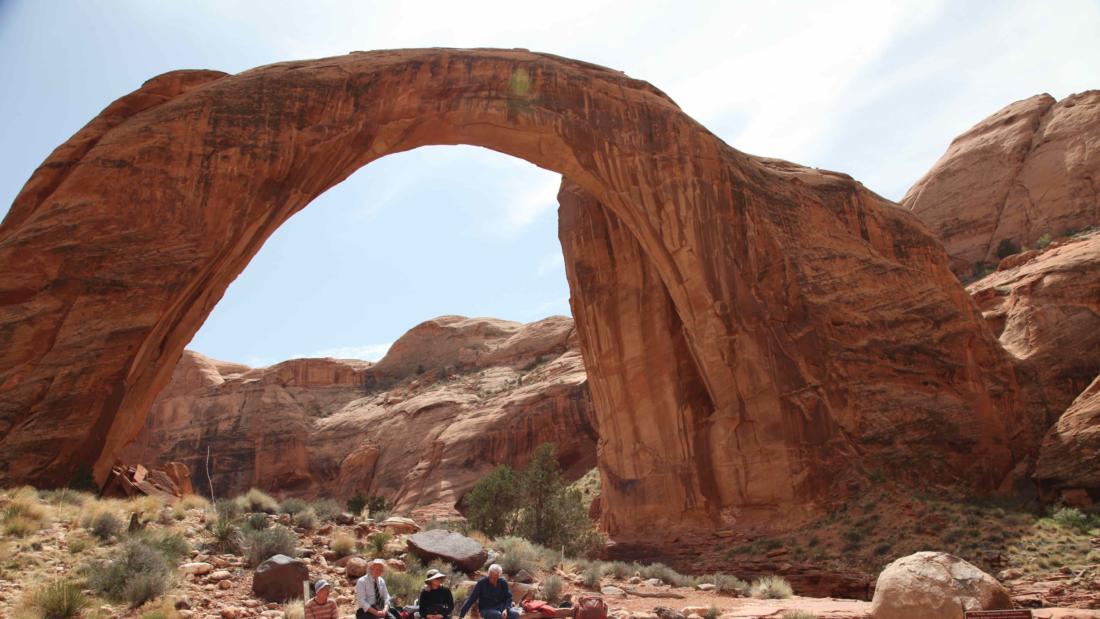 Star Men— Changing the World of Astronomy, One Telescope at a Time

A celebration kicking off the six-city tour of the documentary.

Four retired astronomers reunite in a journey across the American Southwest.

A group of exceptional astronomers celebrate 50 years of friendship, embarking on a road trip through the southwestern United States, recapturing youthful adventures and recounting each other's influences on the most exciting period in astronomy’s history. Their journey through memory and the breathtaking landscape provokes them to reflect on how their profound work on the universe has reflected back on the individual, affecting their sense of religious faith, how life may have purpose, and what is knowable and unknowable.

Dr. Chris Impey is a University Distinguished Professor of Astronomy and associate dean in the College of Science at the University of Arizona. His research interests are observational cosmology, gravitational lensing, and the evolution and structure of galaxies. He has 180 refereed publications and 70 conference proceedings, and his work has been supported by $20 million in grants from NASA and the NSF. As a professor, he has won 11 teaching awards, and he has been heavily involved in curriculum and instructional technology development.

Dr. Impey is a past vice president of the American Astronomical Society. He has also been an NSF Distinguished Teaching Scholar, a Phi Beta Kappa Visiting Scholar, and the Carnegie Council on Teaching's Arizona Professor of the Year. He was a co-chair of the Education and Public Outreach Study Group for the Astronomy Decadal Survey of the National Academy of Sciences. In 2009, he was elected a Fellow of the American Association for the Advancement of Science.

Dr. Impey has written over 40 popular articles on cosmology and astrobiology and co-authored two introductory textbooks. His first popular book, The Living Cosmos, was published in 2007 by Random House. His second and third, called How It Ends and How it Began, both on the subject of cosmology were published in 2010 and 2012 by Norton. In 2013, his book covering iconic NASA missions called Dreams of Other Worlds was published by Princeton University Press, and the following year it won the Eugene Emme Award for Astronautical Literature. Also in 2013, his book on the teaching of cosmology to Buddhist monks in India was published, called Humble Before the Void. His most recent book is Beyond, examining the future of space travel, published by Norton in 2016.

Alison E. Rose is a director, writer, and producer. In 2001, she created Indigo Films. Over the next few years, she directed several documentaries, including the Gemini award-winning Galileo's Sons (2003), Love at the Twilight Hotel (2009), and Star Men (2015). She has degrees in journalism and political science.

Dr. Neville "Nick" Woolf" is a professor emeritus in the Department of Astronomy and Steward Observatory at the University of Arizona. In 1959, he received his PhD in astrophysics from Manchester University. After his graduation, he moved to the United States, first to the Lick Observatory of the University of California, Santa Cruz, and then to the Princeton University Observatory in Princeton, New Jersey. In 1965, he became a National Research Council Postdoctoral Fellow at the NASA Goddard Institute for Space Studies, and in 1966, he was awarded the Alfred P. Sloan Research Fellowship at the National Academy of Sciences. In 1974, he became a professor at the University of Arizona, where he helped create the Mount Graham International Observatory.

His research interests have spanned a wide variety of topics, from the design of telescopes to the presence of silicates in giant stars and comets. Dr. Woolf's very first paper, in 1961 described the youngest-known star to date, Herschel 36. A few years later, in collaboration with Frank Low, W.F. Hoffman, and C.L. Frederick, he designed and launched a far-infrared balloon-borne telescope that would later discover infrared radiation from the centre of our galaxy.

In 1970, with colleagues Raymond Maas and Edward Ney, Dr. Woolf discovered the presence of silicates in Comet Bennett, the first time that this type of material had been identified on a body other than the Earth, Moon, or a meteorite. While working with Roger Angel and Donald McCarthy in 1984, he put forward a design for the Large Binocular Telescope, which would combine two telescopes into one detector with extremely high resolution.

Dr. Woolf also made many contributions to the detection of extrasolar planets. In 1986, he and collaborators Roger Angel and A.Y.S. Cheng were the first to propose a method for directly detecting Earth-like extrasolar planets in infrared light. In 1997, he and Roger Angel put forward a design for a space-based infrared telescope capable of detecting Earth-like planets around other stars. Most recently, in 2002, Dr. Woolf, Paul Smith, Wesley Traub, and Ken Jucks measured the spectrum of the Earth by looking at the visible and infrared light reflected off the dark side of the Moon, called Earthshine. This would provide a model of what to look for when attempting to detect the atmospheres of Earth-like extrasolar planets.