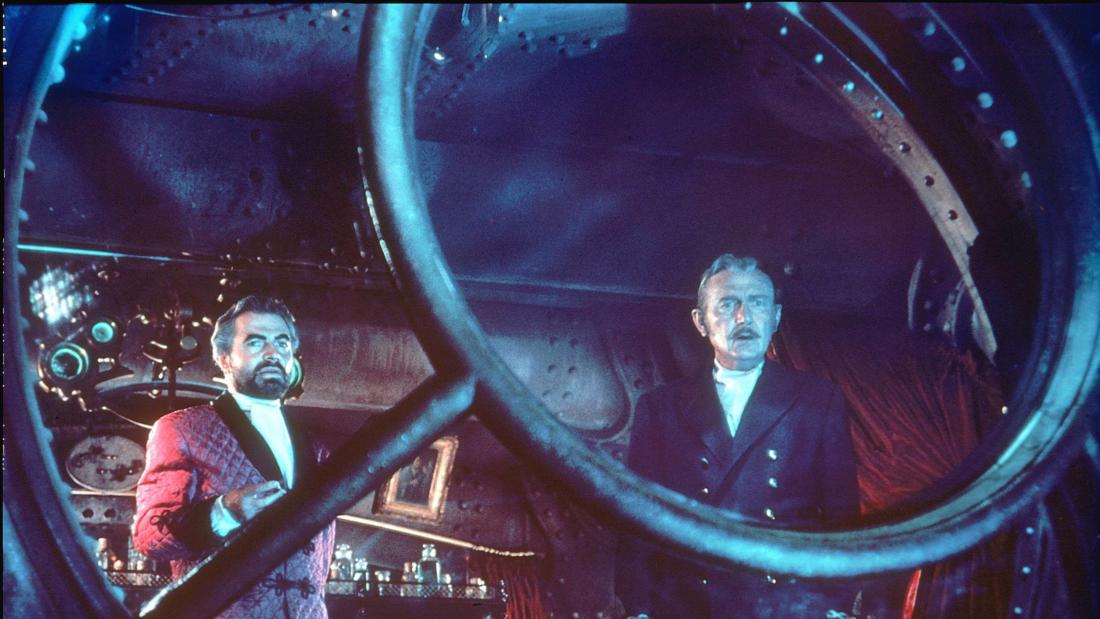 20,000 Leagues Under the Sea— Deep Dive: Exploring the World's Oceans

A discussion of the Mariana Trench, deep sea submersibles, and the future of exploration of the seas.

A ship sent to investigate a wave of mysterious sinkings encounters the advanced submarine, the Nautilus, commanded by Captain Nemo.

In 1866, Professor Pierre M. Aronnax (Paul Lukas) and his assistant Conseil (Peter Lorre), stranded in San Francisco by reports of a giant sea monster attacking ships in the Pacific Ocean, are invited to join an expedition to search for the creature. During the search, they and harpooner Ned Land (Kirk Douglas) are thrown overboard during an attack, eventually discovering that the supposed monster is actually a submarine piloted by the brilliant but haunted Captain Nemo (James Mason).

Jordan Grigor is a PhD candidate and instructor in the School for Science and Math at Vanderbilt University. His focus is on the ecology and physiology of arrow worms (gelatinous zooplankton) in the Arctic Ocean, comparing and contrasting the life cycles, distributions, and feeding strategies of three separate arrow worm species that reside in the Arctic. Over the course of his studies, he has participated in several expeditions to the Arctic, and has traveled widely, giving presentations to primary schools, colleges, and museums.