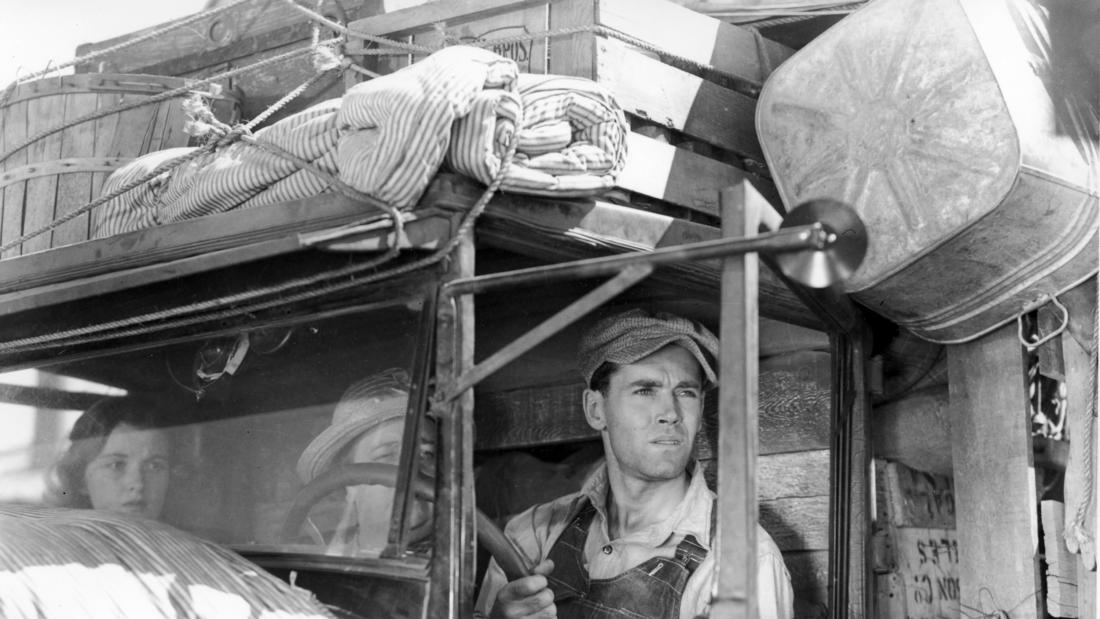 The Grapes of Wrath— Droughts and Dust Bowls: The Relevance of Steinbeck in the Discussion of Climate Change

A discussion of the science of climate change and the global implications of our warming world. Part of the 2017 National Evening of Science on Screen.

A poor Midwest family, forced off of their land, travels to California, suffering the misfortunes of the homeless in the Great Depression.

Tom Joad (Henry Fonda) returns to home after serving time in jail for manslaughter. En route, he meets family friend Casey (John Carradine), a former preacher who warns Tom that dust storms, crop failures, and new agricultural methods have financially decimated the once prosperous Oklahoma farmland. Upon arriving at his family farm, Tom's mother (Jane Darwell) tells him that the family is packing up for the promised land of California. But their journey proves far more difficult than anyone could have imagined. Based on John Steinbeck's 1939 Pulitzer Prize-winning novel of the same name, The Grapes of Wrath was nominated for seven Academy Awards, winning for Best Director and Best Supporting Actress.

Bill McKibben is an author and environmentalist who in 2014 was awarded the Right Livelihood Prize, sometimes called the ‘alternative Nobel.’ His 1989 book The End of Nature is regarded as the first book for a general audience about climate change, and has appeared in 24 languages; he’s gone on to write a dozen more books. He is a founder of 350.org, the first planet-wide, grassroots climate change movement, which has organized twenty thousand rallies around the world in every country save North Korea, spearheaded the resistance to the Keystone Pipeline, and launched the fast-growing fossil fuel divestment movement.

The Schumann Distinguished Scholar in Environmental Studies at Middlebury College and a fellow of the American Academy of Arts and Sciences, he was the 2013 winner of the Gandhi Prize and the Thomas Merton Prize, and holds honorary degrees from 18 colleges and universities. Foreign Policy named him to their inaugural list of the world’s 100 most important global thinkers, and The Boston Globe said he was “probably America’s most important environmentalist.”

A former staff writer for The New Yorker, he writes frequently for a wide variety of publications around the world, including the New York Review of Books, National Geographic, and Rolling Stone. He lives in the mountains above Lake Champlain with his wife, the writer Sue Halpern, where he spends as much time as possible outdoors. In 2014, biologists honored him by naming a new species of woodland gnat — Megophthalmidia mckibbeni — in his honor.