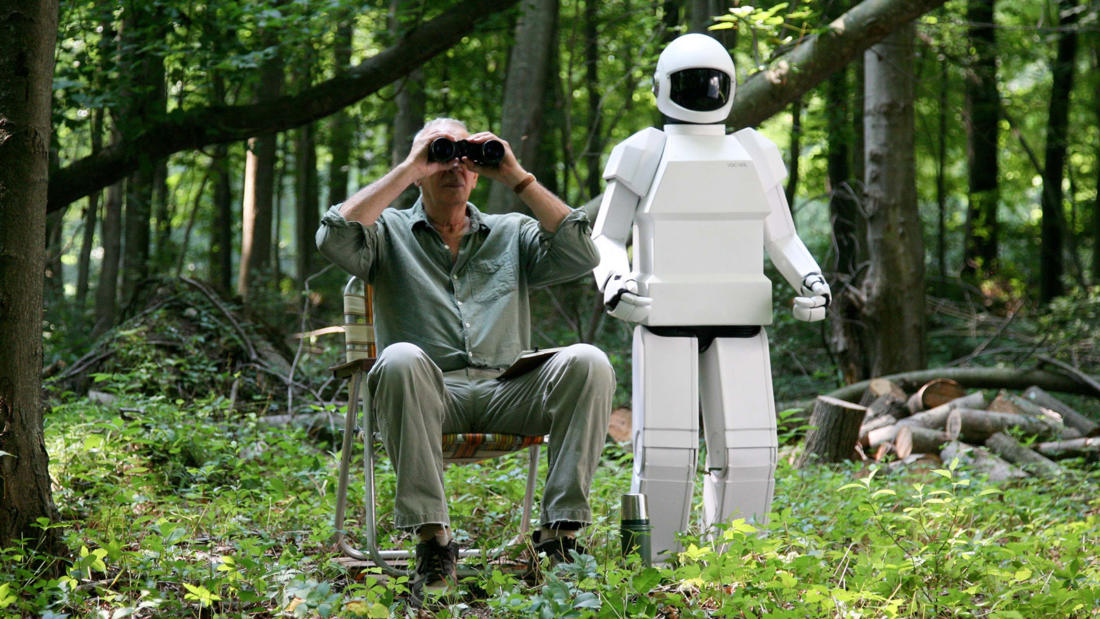 Robot & Frank— What will the robots of the future look like?

A discussion of advances in the field of robotics, what the robots of the future will look like, and a hopeful reimagining of man-machine relations. Part of the 2017 National Evening of Science on Screen.

Michael Chuah is a mechatronics engineer with an expertise in sensing technologies, machine learning, and embedded computing. As part of the research team in the Biomimetic Robotics Laboratory, he helped design, develop, and build the MIT Cheetah robot with Professor Sangbae Kim. Currently, Chuah is a PhD candidate with the Department of Mechanical Engineering at the Massachusetts Institute of Technology (MIT). His research interests include engineering design, electronics fabrication, and rapid prototyping techniques.

As part of his graduate work, he has developed a multi-axis, large force detecting foot sensor for legged robots. This footpad sensor is intended for use on the MIT Cheetah to provide a complete picture of the ground interaction forces that is a necessity in enabling high-speed and dynamic ground locomotion. There is also ongoing work in developing the next generation of the wearables in the form of smart shoes that are capable of real-time in-situ measurement of force data. This work will involve integrating the low-cost, lightweight, multi-axis force sensor that have been developed for use on the MIT Cheetah robot. The ultimate goal is to use these force sensing shoes to help assist the elderly and disabled during walking and for fall prevention and mitigation. Athletes can also benefit from the data collected during training to better optimize their workouts.