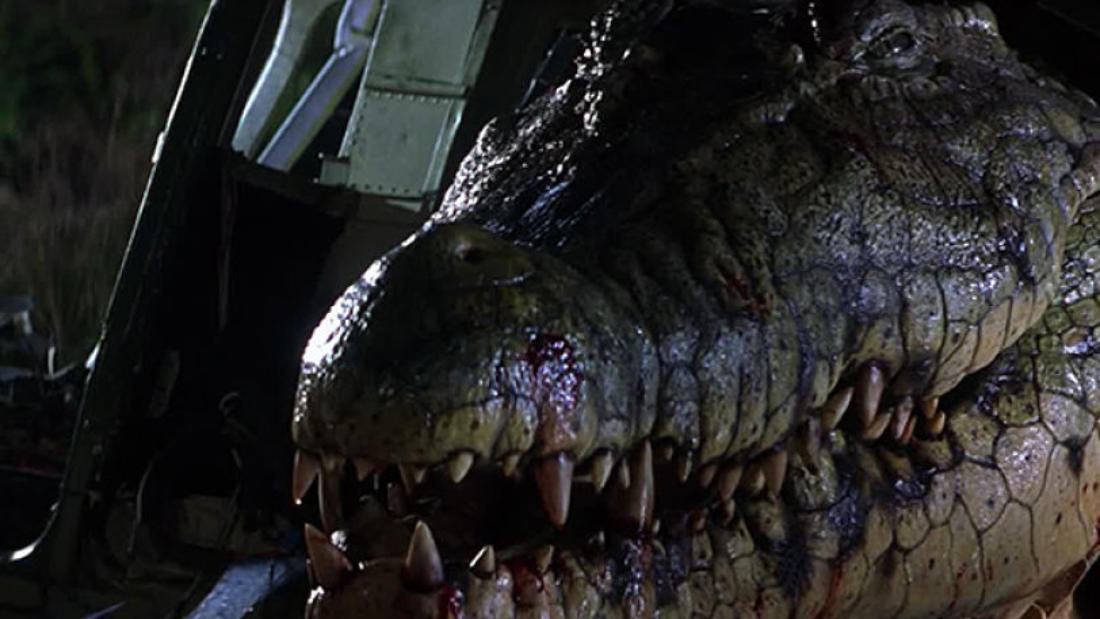 How much of a croc is this crocodilian masterpiece of dinosaur proportions? Dinosaur expert Jason Poole will be on hand to help with the dispelling some of the Hollywood “science” on display in this zany horror flick.

Can the vicious, man-eating, prehistoric reptile terrorizing a Maine lake be stopped?

A picturesque lake in backwoods Maine is hardly the place you’d expect to find a giant, saltwater crocodile, but that’s just the first of many surprises in action thriller Lake Placid. The fearsome reptile is no ordinary croc—it’s a 30-foot long behemoth with a taste for human flesh. It’s up to a team led by game officer Jack Wells (Bill Pullman), grumpy sheriff Hank Keough (Brendan Gleeson), and paleontologist Kelly Scott (Bridget Fonda) to put an end to the creature’s reign of terror with their limbs intact. Darkly comedic, gleefully gory, and knowingly ridiculous, this landlocked update of Jaws will have viewers rethinking their upcoming Maine vacations and seeing Betty White in an entirely new light.

Jason C. Poole is an adjunct professor at Drexel University and the Dinosaur Hall Coordinator at the Academy of Natural Sciences of Drexel University.  Jason has excavated dinosaurs on three continents: Africa, South and North America. Paralititan, Dreadnoughtus, and Suuwassea are three dinosaurs worked on by Poole which are new to science, and two of them are supermassive titanosaurs. Jason can often be found in the Academy of Natural Sciences Dinosaur Hall Fossil Lab preparing newly found fossils which will spend the rest of their afterlife in museum collections. Mr. Poole is also a paleontological artist who has published in National Geographic and whose art work appears in many museum and private collections, as well as on his blog.  Jason’s experiences have also produced several popular publications, including The Lost Dinosaurs of Egypt and the award-winning A Dynasty of Dinosaurs coloring book.