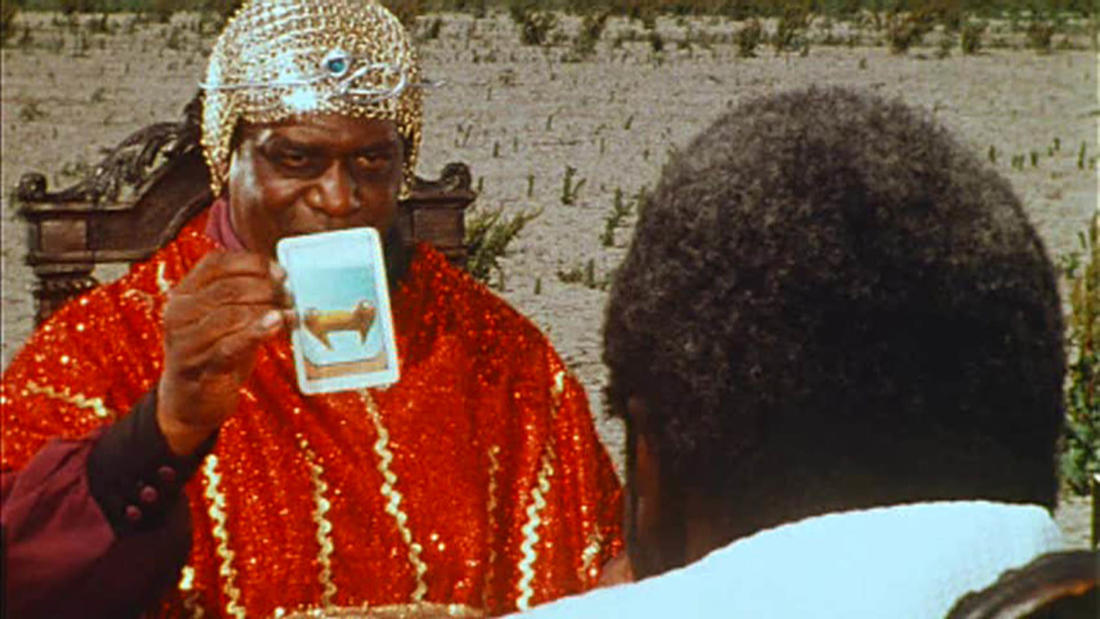 Space is the Place— Afrofuturism: Reimagining space and time

Author and founder of The Afrofuturist Affair Rasheedah Phillips discusses the foundations and future of Afrofuturism, a philosophy that challenges traditional notions of space, time, and technology to see alternative pasts and futures for the African Diaspora. The feature will be preceded by the short RECURRENCE PLOT: THE FAMILY CIRCLE (2018), adapted from a short story by Rasheedah Phillips. Presented as part of the 2019 National Week of Science on Screen.

Sun Ra, avant-jazz musician and space-age prophet, lands his music-powered spaceship in Oakland to urge black society to pursue a utopian destiny with him beyond the stars.

A companion to his legendary album of the same name, SPACE IS THE PLACE features jazz iconoclast Sun Ra as an intergalactic traveler intent on resettling a distant planet with African Americans. Traveling back to 1940s Chicago and to 1970s Oakland, Sun Ra faces off against the nefarious Overseer and a team of evil NASA scientists. Mind-bending, visually dazzling, and infused with electrifying music, SPACE IS THE PLACE is a landmark early work of Afrofuturist cinema, combining sharp social critique with visionary metaphysical theories.

Rasheedah Phillips is the Managing Attorney of the Landlord-Tenant Housing Unit at Community Legal Services of Philadelphia. She is a recent recipient of the National Housing Law Project 2017 Housing Justice Award, 2017 City & State Pennsylvania 40 under 40 Rising Star award, the 2019 Barristers Association Outstanding Young Lawyer Award, and a 2017 Pew Fellowship co-recipient, and is a 2018 Atlantic Fellow for Racial Equity. Rasheedah’s writing has appeared in Keywords for Radicals: The Contested Vocabulary of Late Capitalist Struggle, Temple University Political and Civil Rights Journal, Villanova Law Review, Organize Your Own Catalogue, and many other publications. Rasheedah is the founder of The AfroFuturist Affair, co-creator of Black Quantum Futurism Collective, a founding member of Metropolarity Queer Sci-fi Collective, and a self-published speculative fiction author of multiple books. She is also the co-creator of the award-winning Community Futures Lab project, a socially engaged art project utilizing themes of communal temporalities, futurism, and preservation of memory and history in an area undergoing redevelopment, gentrification, and mass displacement.