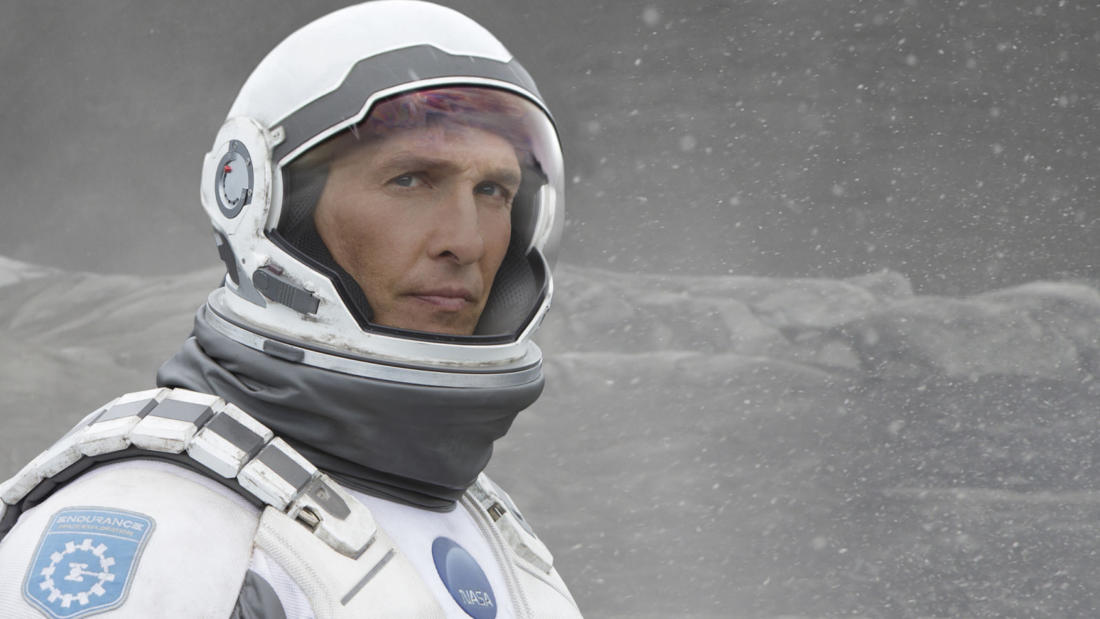 Assistant Dean of the College of Engineering, University of Hawai'i at Manoa

Professor of Oceanography at University of Hawaii at Manoa

A team of explorers travel through a wormhole in space in an attempt to ensure humanity's survival.

In Earth's future, a global crop blight and second Dust Bowl are slowly rendering the planet uninhabitable. Professor Brand (Michael Caine), a brilliant NASA physicist, is working on plans to save mankind by transporting Earth's population to a new home via a wormhole. But first, Brand must send former NASA pilot Cooper (Matthew McConaughey) and a team of researchers through the wormhole and across the galaxy to find out which of three planets could be mankind's new home.

Kim Binsted is the principal investigator for the NASA-funded HI-SEAS (Hawaii Space Exploration Analog and Simulation) program, which conducts long-duration space exploration simulations at an isolated habitat on Mauna Loa. She received her BSc in physics at McGill (1991) and her PhD in artificial intelligence from the University of Edinburgh (1996). Her thesis topic was the computational modeling and generation of punning riddles, and her program, JAPE (Joke Analysis and Production Engine), generated puns such as "What do you call a Martian who drinks beer? An ale-ien!" She then went to Japan, where she conducted research at Sony's Computer Science Laboratories on human-computer interfaces, and then started a company, I-Chara KK, which developed social software agents for mobile phones. In 2002, she joined the faculty of the Information and Computer Sciences Department at the University of Hawai‘i, where she does research on artificial intelligence, human-computer interfaces, and long-duration human space exploration.

Kim is a co-investigator at the UH-NASA Astrobiology Institute, which formed in late 2003. She was a NASA Summer Faculty Fellow at Ames Research Center in 2003 and 2004, where she worked on sub-vocal speech recognition technology in the Neuroengineering Lab. She was Chief Scientist on the FMARS 2007 Long Duration Mission, a four-month Mars exploration analogue on Devon Island in the Canadian High Arctic. In 2009, she spent her sabbatical as a visiting scientist at the Canadian Space Agency (CSA), working on the CSA's planetary analogues program.

Dr. Song K. Choi received his BS, MS, & PhD in Mechanical Engineering from Worcester Polytechnic Institute, Carnegie Mellon University, and University of Hawaiʻi at Mānoa, respectively. His specialization is in robotics with an emphasis in unmanned systems, automatic control systems, autonomous vehicle design, novel sensor systems, alternative/renewable power sources, and graphic monitoring systems for unmanned vehicles with emphasis on underwater technologies. He returned to Hawaiʻi in 1991 and has been a professor of Autonomous Systems Engineering in the Department of Mechanical Engineering, and has published multiple papers in his arenas of expertise. He has been the assistant dean for the College of Engineering since 2004 and has been working with various primary, middle, and high schools in the State in promoting STEM education through robotics. He is a co-founder and president of Marine Autonomous Systems Engineering, Inc., a Hawaiʻi-based spin-off company specializing in autonomous marine technologies. He is an active member of several engineering and philanthropic societies and serves as a board member on several technology and education organizations.